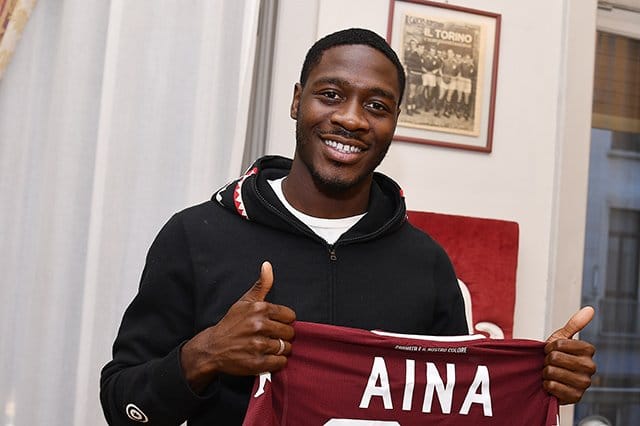 Within three years of joining the Super Eagles, Ola Aina has made it abundantly clear why he was given the chance to play for Nigeria.

We may not know exactly how much Aina earns on the team, but what he pockets at his club in Italy has now been revealed.

After a one-year loan spell at Seria A side, Torino, the 22-year-old made a permanent move to the club this June for a reported fee of £10 million.

If you've been wondering how much he's earning at the club, Stadio Sport reports that Aina's annual salary is €1 million (over N400 million).

The figure makes him the highest-paid Nigerian player in Italy, and if you break it down, you'll find that it means the wing-back earns approximately €19,230 (over N7.5 million) per week – a reasonable figure if you consider that he only started his senior career in 2015.

The newspaper also published the salaries of other players in the league.

While Cristiano Ronaldo unsurprisingly tops the list with an annual salary of €31 million, the second best-paid Nigerian on the list is Stefano Okaka (€700,000), followed by William Troost-Ekong (€400,000).