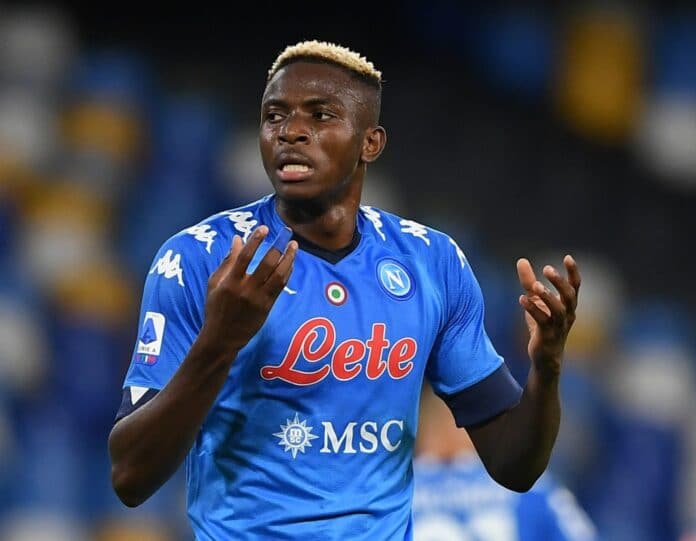 The 23-year-old is an integral part of Luciano Spalletti’s setup and his fine form this season has seen him attract interest from several top clubs in the Premier League with Liverpool, Manchester United and Newcastle trying to snap him up.

With 10 goals and two assists in 14 appearances, Osimhen has been central to their fantastic performance.

“Osimhen has never hidden that he feels good in Naples, he wants to win the Scudetto here, the current one is the season of consecration for him,” Ugolini told Area Napoli reports.

“Napoli is thinking of inserting a clause in the new contract to be proposed to the centre forward with relative economic adjustment. We are talking about June, next summer.

“It is not an option to be discarded, but at the moment there are no sirens that hold Osimhen would continue his adventure in Campania.”

Matteo Lo Cicero has taken his admiration for the Nigerian forward to another level after sending the forward wishes on the occasion of his 24th birthday.

It will be recalled that the AS Roma steward was suspended by the club in October for taking a picture with Super Eagles and Napoli striker Victor Osimhen.

The 18-year-old, who doubles as a musician with the stage name; swart also released the video of a song titled; Victor (NA Like Lagos), an appraisal of the qualities of the sterling striker.

Lo Cicero began to sing the praises of Osimhen in the early hours of the day, with a series of tweets, as he also announced the release of the song.