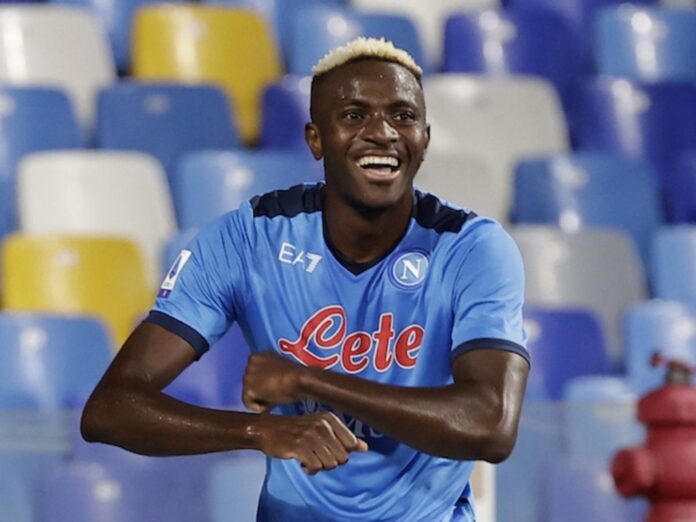 Super Eagles star, Victor Osimhen is ready to do more following a spectacular start to the season which culminated in a Serie A Player of the Month prize for the Nigerian.

“I am very proud of this recognition given to me by @assocalciatori for what I did in September in @serie A,” the Nigerian posted on his Instagram handle, hours after he scooped the award. “I thank those who voted for me and I hope to continue to do well!”

Of Osimhen’s seven goals, four came in the Serie A. The Nigerian opened his goal account for the season with a strike in Napoli’s 4-0 thrashing of Udinese.

He followed it up with a brace in another 4-0 routing of Sampdoria before he netted once in the Parthenopeans’ 2-0 defeat of Cagliari.

His goals shot Napoli to the zenith of the Italian league with 21 points from seven games.

December 15, 2022
October 7, 2021
Home Lifestyle Osimhen Reacts To Being Named Serie A Player Of The Month