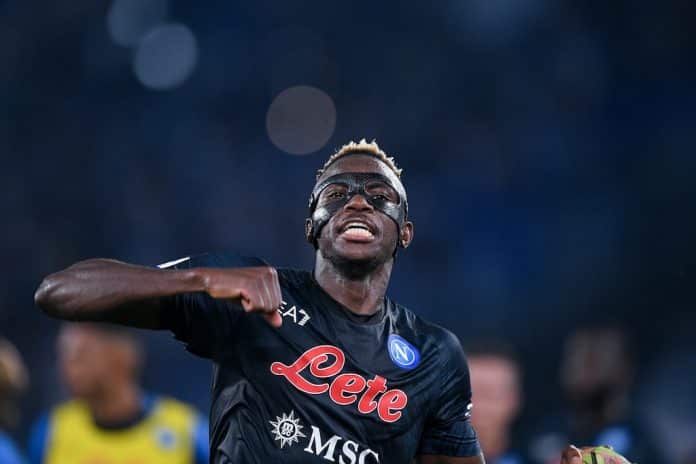 Napoli striker Victor Osimhen is set to spend some weeks on the sidelines after picking up an injury in his side's win over Liverpool on Wednesday..

The 23-year-old was replaced by summer signing Giovanni Simeone just four minutes before half-time in the thumping Champions League win at the Stadio Maradona..

As contained in a statement released by the clubt, Napoli said that the Nigerian forward had hurt the femoral bicep in his right thigh, an injury suffered in the first half in Wednesday's memorable win over Liverpool in Naples.

On the Napoli website, however, was a much more detailed explanation of Osimhen's injury.

“As scheduled, Victor Osimhen underwent diagnostic tests this morning which revealed a second-degree injury to his right hamstring.

“The blue striker had already started carrying out therapies yesterday,” Napoli wrote on their website

The injury means that Osimhen will miss Napoli's next Serie A fixture against Spezia on Saturday, September 10, 2022.

By estimation, the former Lille forward will be out of action for at least four to eight weeks.

He will almost certainly also miss next week’s Champions League trip to Scottish club Rangers and their clash with title rivals AC Milan the following Sunday.

In addition, Osimhen is also expected to miss the Super Eagles of Nigeria friendly against the Les Fennecs of Algeria on Tuesday, September 27, 2022.