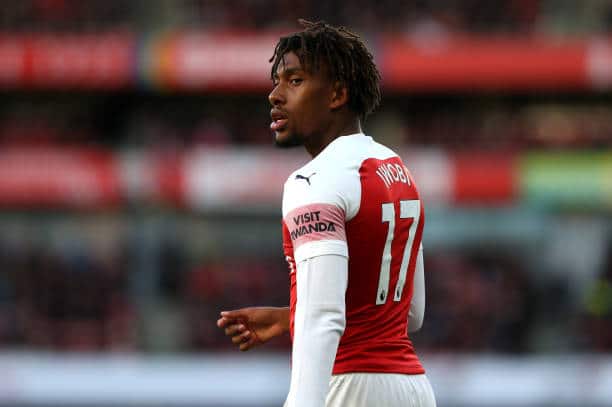 Alex Iwobi will be making his eighth appearance in the Europa League in Arsenal's Group E fixture against Qarabag at the Tofiq Bəhramov adına Respublika Stadionu (Baku) Thursday evening.

The Azerbaijanis are wary of the Nigeria international ahead of the matchday two fixture with top media outlet Azeri Sport including him among the top five most dangerous players in the Gunners squad.

The editors wrote on Iwobi: ”There was a time when Iwobi was considered one of the main talents of the Premier League, but he has not succeeded in recent seasons.

”Under Emery, the Nigerian began to get more playing time and grew significantly. The Spaniard sees him as the main competitor Ozil and Mkhitaryan, and considering that the latter will not come to Baku, and the first one can start the game on the bench, we can count on Iwobi to be among the first eleven.”

The Gunners number 17 has been in fine form for the club since the start of the season and was instrumental in the two goals scored by Arsenal against Watford last weekend.