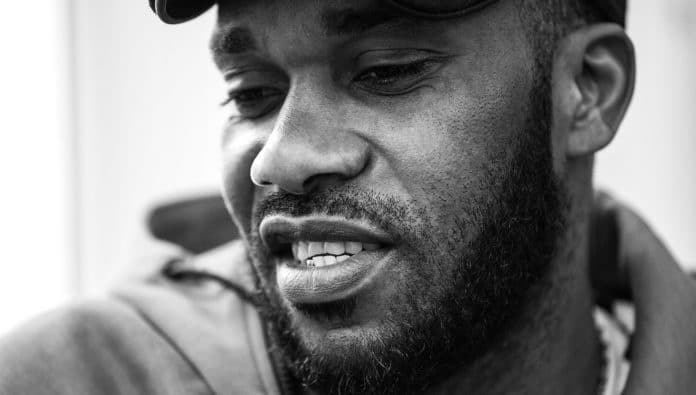 Quite a number of soccer fans have been asking for a comprehensive Jay Jay Okocha biography which prompted me to put up this post.

He hails from Ogwashi-Uku, Delta State Nigeria. According to several interviews including an interview with BBC Sport, Okocha had claimed that he began playing football at a very young age, playing on the streets with makeshift balls which was where he developed some of the skills that made him the renowned footballer he is today.

It was during his time at the club that he produced many of the spectacular displays he is known for today.

His time at the club ended with him scoring only one goal.

JJ Okocha was later signed by 1. Bundesliga side Eintracht Frankfurt in December 1991.

The ex-Super Eagles star continued to amaze the spectators with his spectacular display, dribbling skills and confidence with the ball.

Okocha was also good with goals to the extent that one of his goals was voted Goal of the Season by many soccer magazines.

It was also voted as 1993 Goal of the Year by viewers of Sportschau (a German TV sports programme).

His performance for the club was his best till date as he amassed 30 goals in 62 matches.

He also earned Turkish citizenship as Muhammet Yavuz during his time at the club.

Okocha became the most expensive player in 1998 when French club Paris Saint-Germain paid about E14 million to sign up the footballer.

He spent four years at the club scoring 12 goals in 84 appearances.

Okocha was signed by Bolton Wanderers in 2002. JJ Okocha was able to perform quite well at the club by providing the necessary goals needed to steer the team away from relegation.

He was later given the Captain’s armband and led the team to their first Football League cup final in nine years.

However, they finished runners-up to Middlesbrough FC.

The ex-Nigerian international lastly played for English side Hull City before his retirement.

During his time at the club, Hull City was able to succeed in winning promotion to the Premier League for the first time in 104 years.

However, Okocha was unable to score any goals for the club in 18 appearances.

Although Okocha’s first game for Nigeria ended in a 2 -1 defeat, he was able to lead the team to victory at the Atlanta Games where they took home the Olympic gold.

While his actual names are Augustine Azuka Okocha, he is better known by his nickname “Jay Jay Okocha”.

According to Okocha, the name was passed down from his elder brother James Okocha who is also a footballer.

His immediate elder brother, Emmanuel Okocha, was also referred to as Emma Jay Jay but the name stuck with Okocha instead.

Today, most fans don’t know his real name as they prefer to address him by the nickname.

Although Okocha never releases much information about his family, it has been confirmed that the retired footballer is married and blessed with children.

Okocha got married to his wife Nkechi Okocha in 1997 and the couple is blessed with two children.

Okocha retired from football as one of the richest footballers in Nigeria and Africa.

After having quite a successful 18-year football career, it is expected for the retired footballer to have amassed a considerable net worth from not only his wages as a footballer but from endorsement deals and other sources.

Okocha is reportedly worth over N150 million. He also owns several landed properties, cars, and various other assets.

In this Jay Jay Okocha biography post I'm making, I can't ignore the fact that recently, on February 24, 2019, to be precise, it was reported that the retired footballer has been issued an arrest warrant by a Lagos State High Court due to his inability to appear in court to answer various tax evasion and fraud allegations levelled against him.

The case was adjourned until April 11, however, the former PSG and Hull City midfielder is still yet to comment on the matter.

During his time as a footballer, Okocha received several awards from official and unofficial organizations, however, most of his fans felt he should have received more especially the African Player of The Year award.

He was elected as the Chairman of the Delta State Football Association in 2015 and he continues to pursue this goal through his position.

There you have it! The Great Jay Jay Okocha biography that tells it all!