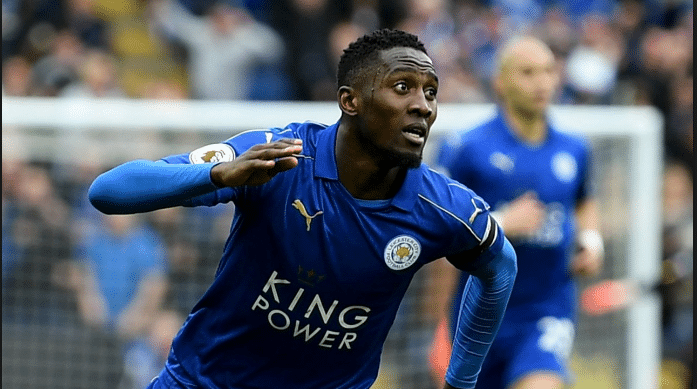 Real Madrid are in the market for a defensive midfielder as a backup to Casemiro. Wilfred Ndidi has been identified as the best option to fill the position.

There was a time that Nigerian players bestrode the European highlights as they plied their trade with some of the most illustrious clubs on the continent. All that is left is the fading memories of a once glorious generation. It is perhaps a stark reminder that Nigeria once boasted some of the best players in the world.

Nigerian players are now associated with mid-table teams and clubs in the backwaters of European football.

Nigeria’s brightest prospect in Europe is perhaps, Wilfred Ndidi. The midfield linchpin has made himself comfortable at Leicester City. He has filled the role left behind by N’golo Kante. It seems that the accolades he has received finally reached the top places as rumours suggest that Real Madrid hold an interest in the midfielder.

Real Madrid have all departments in their team covered except for one key position. The Spanish giants have no backup for the role that Brazilian midfielder Casemiro plays.

The club is, however, not oblivious to the role Casemiro plays. With the Brazilian advancing in age, Real Madrid are looking for an adequate backup for him.

Real Madrid have tried several players in his position whenever he is unavailable but they have come up short. It has prompted a raid of the market for one. Many names have come up as possible backups for the Brazilian, but none has ticked the boxes like Wilfred Ndidi.

Spanish publication Mundo Deportivo reports that 13-time Champions League winners Real Madrid want to sign Super Eagles star and Leicester City midfielder Wilfred Ndidi in January. Los Merengues expects to make a move for the player when the market opens in January. Given the player's worth to Leicester City, that could prove to be a daunting task though.

Real Madrid could be eyeing a move for Leicester City midfielder Wilfred Ndidi. It has been claimed that Los Blancos might choose to move in for the Foxes midfield ace, who has a €60m (£51 million) price tag, during the January transfer window. (@futbol_transfer🥈) pic.twitter.com/AwBSAWVCt4

In recent years, Real Madrid have tried to fill the expected vacuum the absence of Casemiro will cause. Federico Valverde and French youngster Eduardo Camavinga who made a surprise move in the summer, have been tried in that position. Both players who excelled as box-to-box midfielders did a decent job but perhaps not as close enough as Casemiro would have.

Real Madrid have classified Ndidi as a perfect replacement for Casemiro and could make a January bid for the player valued at €60 million. Opposition, however, comes in the shape of Manchester United, who also need a player in that mould for their team.

The former Genk midfielder has become one of the finest midfielders in Europe and has attracted attention.

Since joining Leicester City in 2017, Ndidi has made 187 appearances for the club scoring nine goals with 11 assists. Ndidi has a contract that runs out in 2024.