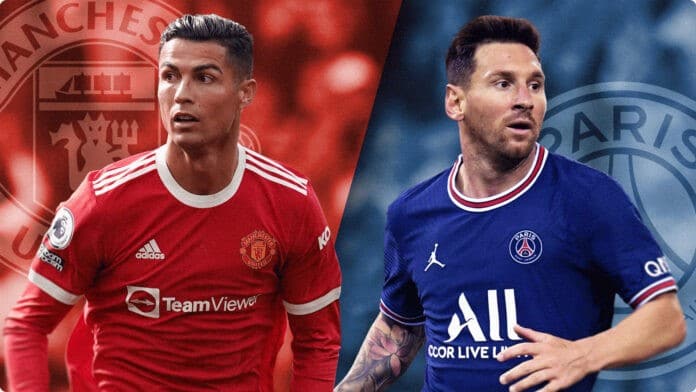 Legendary Superstar Leo Messi and Cristiano Ronaldo have dominated world football for the past decade following their success story on the pitch.

They’ve eclipsed the likes of Wesley Sneijder, Didier Drogba and Wayne Rooney while their blueprint have been noted as against that attained by Brazil’s legendary duo of Ricardo kaka and Ronaldinho Gaucho.

Their names have been etched in world football as they’ve become renowned figures especially for those who follow them on social media.

But despite this social media relevance they’ve attained over the years, both exceptional players with magnificent football track records do not follow each other on Instagram as the case may be.

Following this reality, Goalballive.com evaluates some of the reasons which may have played a role in this dilemma.

The two talismanic figures are advert models for famous companies due to their wide range of popularity across the globe.

Messi as a person endorses Adidas Kit having struck a deal that is economic related to them.

While Ronaldo partners effectively with the Nike kit. And it will hold no water for both star players to follow each other since they are marketing for different brands.

These brands, and a couple of other ones partnering with them, are in a level of market competitiveness.

And it will not be economically ethical for the two opposing companies representative to be seen correlating with each other at all not to even talk of an association on the media platform called Instagram.

Ronaldo and Messi may have been seen on many occasions hugging each other, especially on the award night ceremonies.

But both players do not have a relationship despite such gestures they show on the public platform.

Ronaldo and Messi may have got a cordial dealing with PSG superstar Angel Di-Maria having played with him at Real Madrid (for Cristiano Ronaldo) and Argentina (for Messi).

But the mutual relationship that warrants pinging each other on Instagram does not exist at all whatsoever.

These gestures are just only based on the level of sportsmanship as they act maturely when congratulating each other for whatever achievement that they were able to achieve for themselves especially on the podium.

The measure of rivalry

Both players' rivalry comes into the pictures as Lionel Messi and Cristiano Ronaldo are known for their individual contests for over a decade now.

When Ronaldo was at Manchester United in his early years, they have a big battle facing Barcelona for the obvious reasons.

And that level of importance and rivalry could be traced to the fighting between Leo Messi and Ronaldo as both partners compete to get the better of each other on an individual level.

On this note following each other on Instagram could always be till thy kingdom come as they continue their aspirations down the year with their respective individual (football) careers.