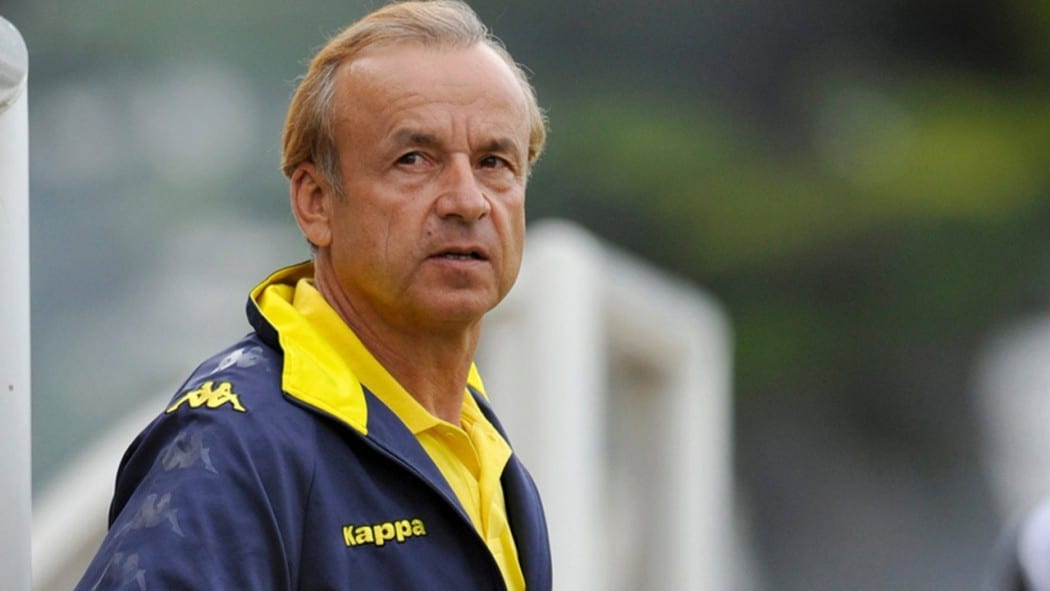 Super Eagles manager, Gernot Rohr ahs revealed that he has received offers from a few other countries.

The 66-year-old gaffer is right now into the final two months of his current deal.

Of course there’s been discussions over a renewal, but the Nigeria Football Federation (NFF) president, Amaju Pinnick, says Rohr will have to accept to their new terms before a deal can be agreed.

Although the former Bordeaux manager doesn’t appear to be fazed with the conditions stipulated as some countries have offered him the chance to manage their national teams.

However, he turned down those offers because he wants to continue with Nigeria, and he is waiting for NFF’s proposal.

Rohr made this known during an Instagram interview with ESPN’s Colin Udoh.

“Personally, I had a few offers from other countries, I refuse them because I said I am still on a contract, and I want to finish my work with Nigeria and to go to the next AFCON and to go to the World Cup, which means we should continue,” Rohr said.

October 9, 2022
April 9, 2020
Home NFF Rohr Reveals Why He Turned Down Offers From Other Countries