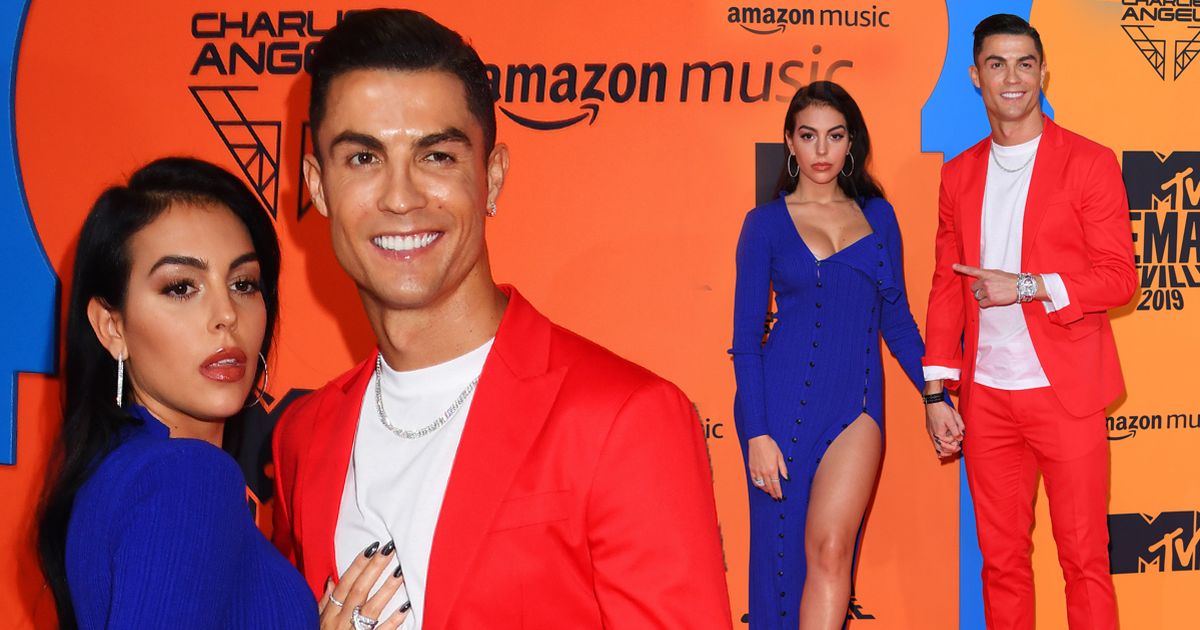 The Portuguese international looked at ease as he and Georgina greeted fans at the awards night in Seville.

Sporting a blue, figure-hugging dress with a thigh-high split, Spanish-born Rodriguez posed for photos ahead of presenting an award at the music show.

With acts like Little Mix, Liam Gallagher and Green Day turning up to celebrate global artists, Georgina was present to hand over a coveted prize to pop star and compatriot Rosalia.

The Show started with Love?

Posting a picture on Instagram of himself alongside Rodríguez ahead of the big night, Ronaldo gushed: ‘The show started with love.’

Big winners at the MTV awards night were K-pop outfit BTS, who took home the Best Live Act gong as well as the Biggest Fans award.

These ??? won big last night!!! ? Congrats to everyone!!! pic.twitter.com/mJAcMpcB1Z