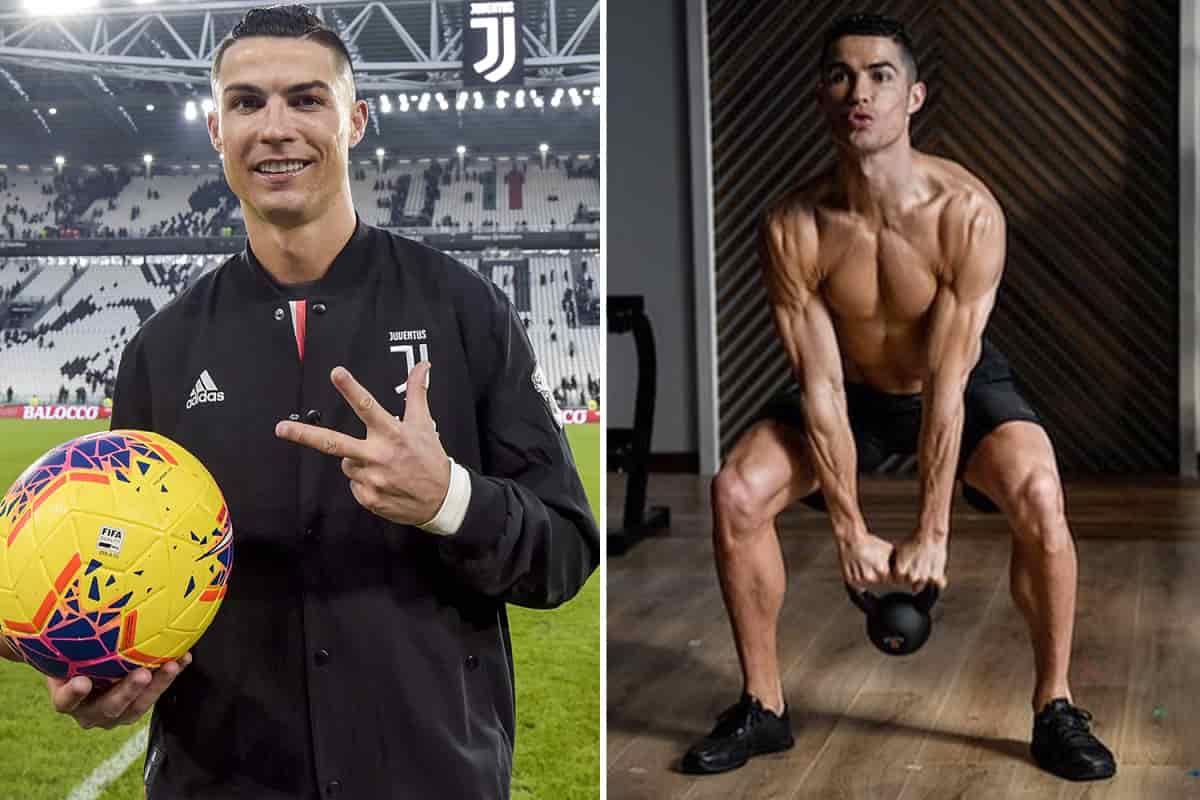 Cristiano Ronaldo is no stranger to putting in the extra hours in the gym in a bid to stay in perfect shape.

And judging by his latest Instagram post the 34-year-old is doing a decent job, as he performed a topless kettlebell routine.

Ronaldo captioned his post: “Morning Workout,” alongside a strong-arm emoji, as he prepares for the crucial clash between Juventus and Roma on Sunday.

The Portuguese superstar is heading into the fixture in stunning form, too, having notched nine goals in his last seven appearances.

His second-half hat-trick against Cagliari on Monday helped the Old Lady move momentarily ahead of title rivals Inter Milan.

It was Ronaldo's second treble for Juve, with his only other hat-trick coming in the Champions League last season.

Not only that, but Ronaldo's three-goal haul meant he joined an exclusive club of players to score hat-tricks in England, Spain and Italy.

The hat-trick was the 36th of his glittering career.