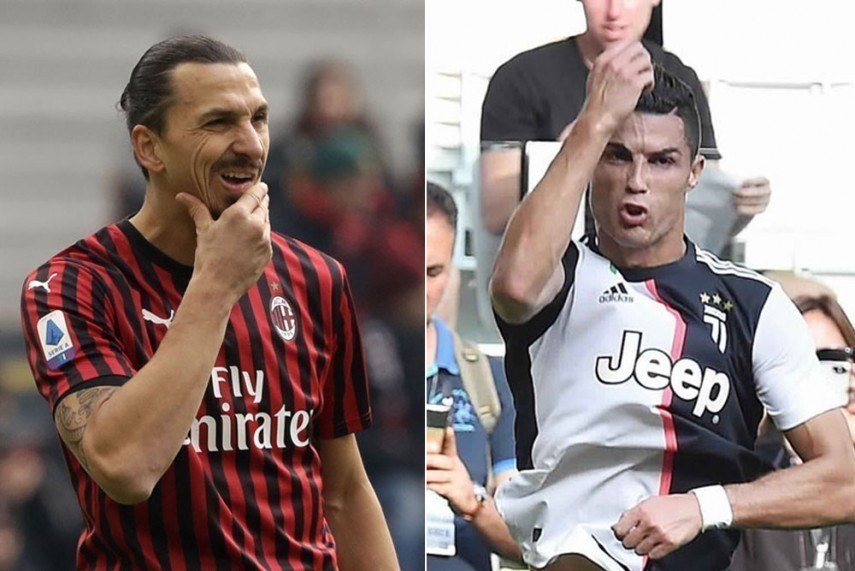 Cristiano Ronaldo and Zlatan Ibrahimovic are going to go head-to-head on Thursday in the Italian Cup semi-final, first leg between Juventus and AC Milan at the San Siro.

Both players scored at the weekend in defeats as Juventus lost 2-1 at Hellas Verona, while AC Milan fell 4-2 to city rivals Inter.

The five-time Ballon d’Or winner became the first Juventus player to score in 10 successive league games, just one game short of the Serie A record.

The 35-year-old Ronaldo has scored 23 goals in all competitions this season.

The Swede headed in the second goal on Sunday after setting up the first, but Inter responded with four second-half strikes.

But Inter will be looking to upstage Napoli in the other last-four first leg on Wednesday.

Gennaro Gattuso’s Napoli, despite their current slump, defeated holders Lazio in the quarter-finals.

Juventus boss, Maurizio Sarri is worried about his side’s away form, having lost their last two games on the road.

The defending Serie A champions are bidding to reclaim the trophy which they held for four seasons until losing to eventual runners-up Atalanta in the quarters last year.