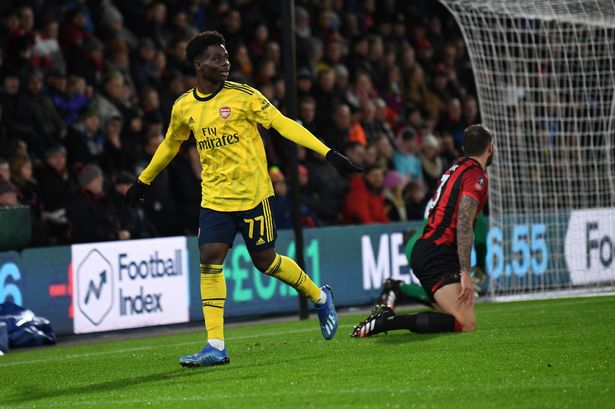 Arsenal were able to book their place in Wednesday's FA Cup quarter-final draw after overcoming a lacklustre first-half to see off League One Portsmouth.

And Bukayo Saka has been given a very good rating by The Mirror for his impressive performance for the Gunners as they defeated Portsmouth in the fifth round of the Emirates FA Cup on Monday night.

The rating was carried out for every Gunners player in action against Portsmouth.

Saka continued in his left-back position and was one of Arsenal’s standout performers.

And following his impressive display, the 18-year-old was rated seven out of 10 and was one of four players to get the rating.

Here’s what the Mirror wrote about his contribution to the win: “Continues to impress in this breakout season. Was a constant menace down the flank.”

Goals from Socratis Papasthathopoulos and Eddie Nketiah sealed Arsenal’s qualification to the quarter-final.