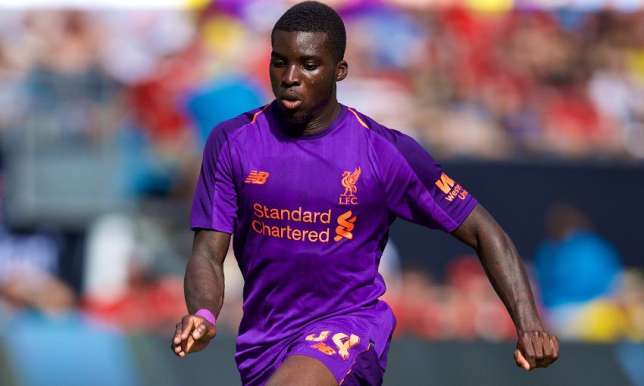 England Under-20 World Cup winner Sheyi Ojo has reportedly confirmed his interest in playing for the Super Eagles of Nigeria if he is called upon.

Ojo, who is on loan at French club Reims from Liverpool, is eligible to play for the Eagles because his parents are Nigerians.

Even though Ojo has already made 43 caps for England from under-16 to under-21 level, the 21-year-old says he is eager to fly with the Eagles.

“My parents are originally from Nigeria as well, so they know a lot about it. They've always been keen on the idea but so far I've mainly been focusing on club football,” Ojo told BBC Sport.

Nigeria have in the past succeeded in snapping up the likes of Sone Aluko, Victor Moses, Shola Ameobi, Alex Iwobi and Ola Aina who are all former England youth internationals.

“Of course, if I was to get selected I'd definitely think about it, I'd never turn down Nigeria.

“I'm from Nigeria originally so it'd be an honor, likewise with England as well. If I keep doing well, opportunities will come by for club and country,” said Ojo.