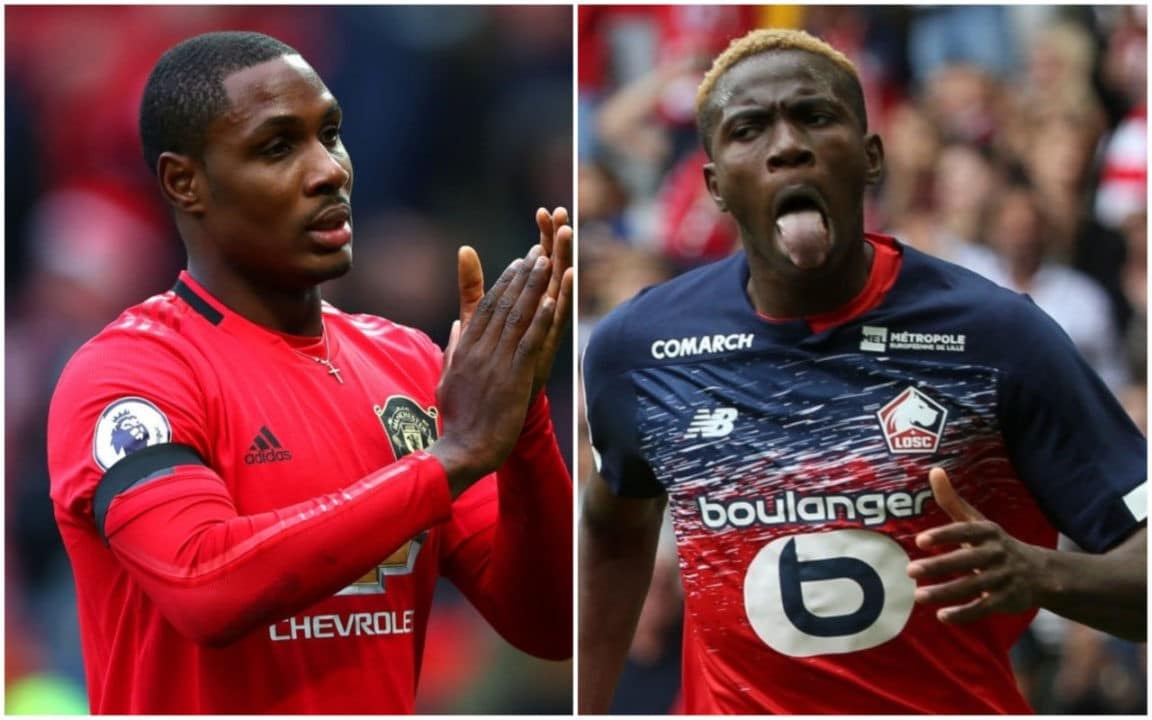 Super Eagles striker Victor Osimhen sure does want to ‘play for a big club in England’ one day and thanked Manchester United striker Odion Ighalo for his career advice.

The Lille frontman has been linked with a move to United after an outstanding breakthrough season in Ligue 1, scoring 13 goals in 25 starts.

Ighalo branded his international teammate as the ‘future of Nigerian football’ and regularly advises the young striker on how to further his career.

Here’s what Osimhen told The Independent: ‘‘Of course, one day I’d like to play for a big club in England.

‘‘You ain’t ready for me!’ ‘I’ve spoken to Odion [Ighalo] about it. He gave me very good advice, he’s a legend and a big brother.

‘’My goal is to play at one of the biggest clubs in the world but now I’m very happy in Lille.

‘‘My priority is to play a lot of games. Signing for a big club and being on the bench is not exciting for me.’’

The 21-year-old was close to a move to England in 2015 after winning the golden boot at the Under-17’s World Cup, but turned down Arsenal in favour of Bundesliga side Wolfsburg.

He added: ‘’I spoke with Arsene Wenger after the tournament ended and he wanted me to come to Arsenal.

‘‘I had a lot of options: Barcelona, Inter Milan, Atletico Madrid, Juventus and the rest.

‘‘Arsenal was a good option but it wasn’t the best at the time, I wanted to start playing as soon as I turned 18.

‘’I wanted to go to a place where I had time to invest in my game and improve physically. Wolfsburg showed me that possibility.’’