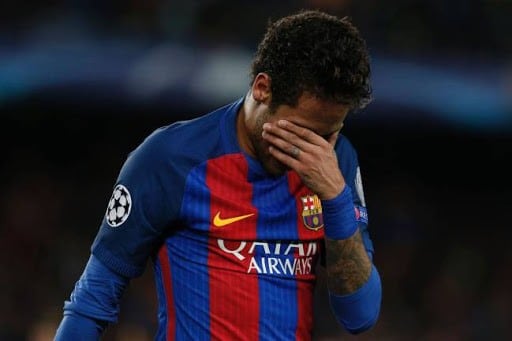 Neymar spoke candidly about his time at Barcelona and the impact of Lionel Messi and he couldn’t help but breakdown in tears.

The Brazil international arrived at the Spanish club from Santos in 2013 and made 123 appearances and scored 68 times during his four-year stint at the club.

Neymar recalled his experience with the six-time Ballon d'Or winner, saying that he was there to support him at an important point in his life.

“Honestly, it's difficult, very difficult for me to talk about Messi, because it was very special for me at Barcelona, I say this to everybody,” he told Rede Globo's Esporte Espetacular.

“At the moment when I needed the most support, the best player in the world arrived and gave me a hand. He said: ‘Come here, I'm here to help you.'”

According to the Paris Saint-Germain star, the Barcelona captain also told him not to be “shy” and that he shouldn't be afraid of “anyone at the club.”

The 28-year-old Brazilian forward left Barca for the French club in 2017 for a world-record transfer fee of €222m.

In 2018, Messi revealed that he would love to have Neymar back at the Camp Nou.

“I think it is complicated how Neymar would leave PSG,” he told Marca at the time.