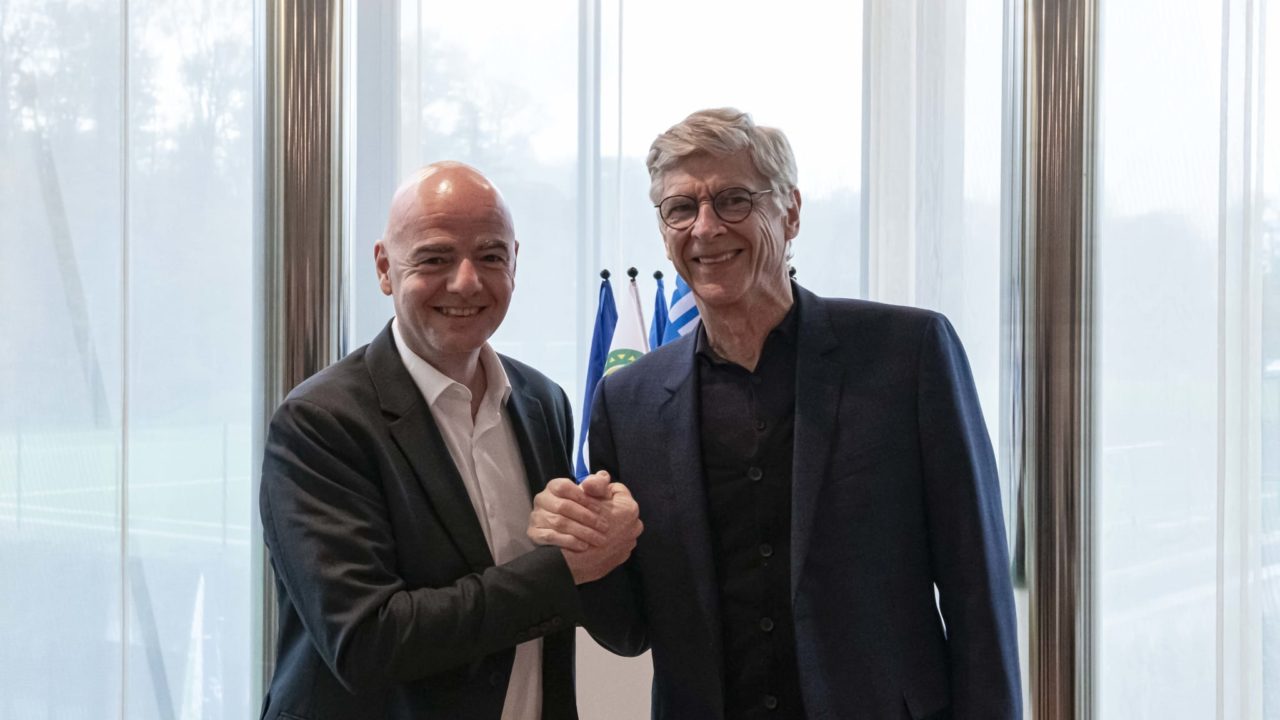 FIFA president Gianni Infantino has revealed his interest in introducing the ‘daylight’ principle to the offside law to bring extra clarity.

There has been a great deal of controversy over offsides in the Premier League this season, with a number of goals ruled out by very fine margins after VAR checks.

Arsene Wenger, who is now FIFA’s chief of global football development, said last week that the law should be changed so that a player is onside if any part of their body that can score a goal is behind or level with the relevant defender, a view which Infantino clearly agrees with.

“I’m certainly in favour of discussing a new way of looking at the offside rule, to see if it can help, because I think the issue is more an issue of understanding,” he said as he arrived in Belfast for Saturday’s annual general meeting of the International Football Association Board, the game’s law-making body.

“Some of (the decisions) are very, very close and it’s difficult for the people who are watching to see whether it’s offside, so we have to look at whether we can make the offside rule clearer by having light in between.”

There can be no change to the offside law at this weekend’s meeting because any alterations would have to go through the proper process and be examined by IFAB’s football and technical advisory panels.

But the comments clearly indicate the direction of travel on offside as Infantino sees it.

Asked whether some leeway could be introduced on VAR reviews, he said: “It doesn’t solve the issue.

Infantino agreed when asked whether the debate about offside was one that only seemed to be happening in England.

“In Italy, in Spain, in Portugal, in Germany this offside discussion is not existing on the VAR,” he said.