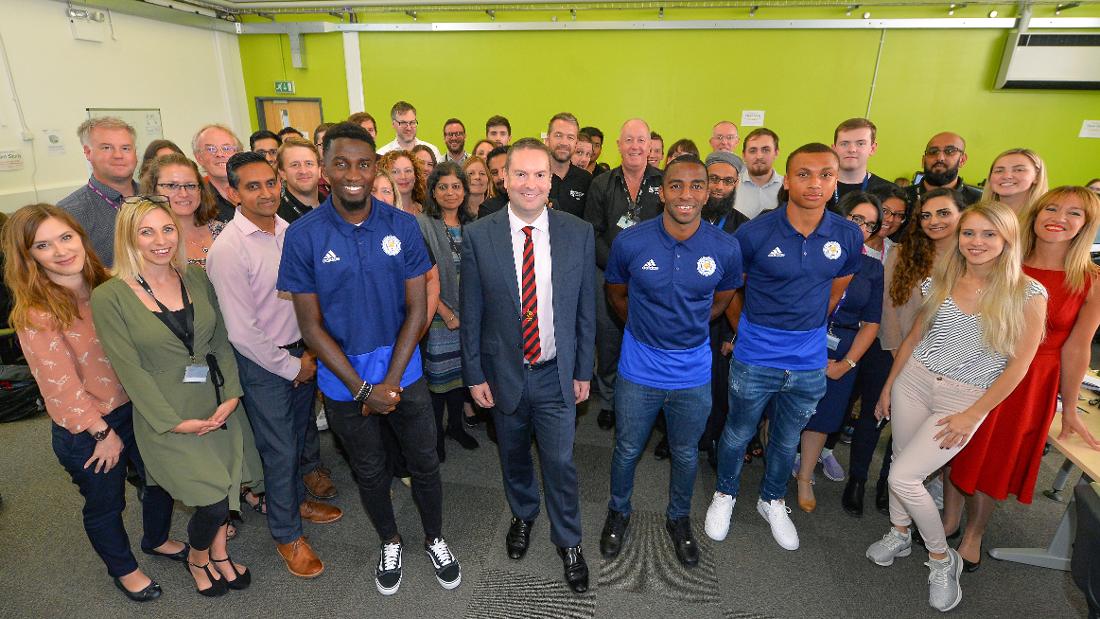 Super Eagles midfielder Wilfred Ndidi has started to plan for life after football as he has enrolled in a University in Leicester to study for a business degree.

The 22-year-old who plays for Leicester City in the Premier League is studying for a business degree at the De Montfort University in Leicester as he combines his football career and schooling.

Sky Sports caught up with Ndidi in the university campus where he usually resumes after training.

Ndidi comes in after training on most days and leaves around 6 pm as he shuffles between a top-level football career and schooling.

The Super Eagles midfielder said his teammates were aware that he is studying for a degree in his spare time.

“I think they don’t know yet, but maybe they will know now,” he told Sky Sports.

“I think the first person that will come to me is Vardy, for sure I know Vards,” he said between giggles.

As a Premier League star, Ndidi tries to keep a low profile on campus by wearing a hoodie but it doesn’t always work.

The midfielder was filmed posing for photos with fans who recognised him on campus.

Ndidi said he wants to use his business degree to help young footballers in Nigeria when he retires from football.