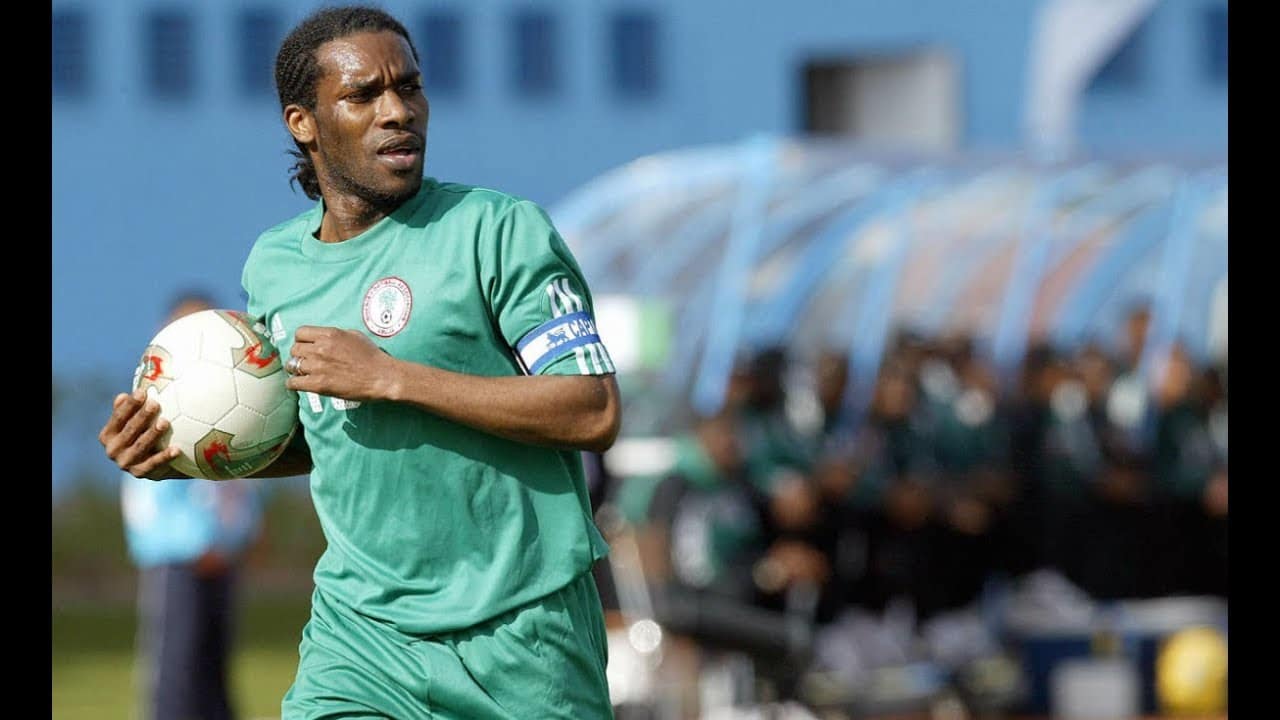 Former Super Eagles midfield maestro Austin JJ Okocha, with all the skills most of us believe he displayed, has been defeated by legendary France football star Zinedine Zidane according to fans who voted for a better dribbler.

Zidane, who is the current coach of Real Madrid eliminated Okocha in the Round of 32 stage of RMC Sports’ hunt for football’s top dribbling genius.

In the votes cast, Zidane scored 77% per cent while Okocha has 23 per cent.

Okocha is now no longer in contention for the top spot in the soon-to-be-released RMC’s football-focused film tagged ‘Dribbleurs’ later this month.

Earlier decided is the tie between ex-Barcelona ace Ronaldinho and Ajax midfielder Hakim Ziyech, with the Brazilian legend earning 90% of the votes.

Meanwhile, Okocha and Liverpool star Sadio Mane’s elimination leaves Manchester City’s Riyad Mahrez as the only African in the running for the next phase of the race, with the Algerian knocking Manchester United great George Best.

Egypt’s Mohamed Salah will face legendary Brazilian forward Ronaldo in the last face-off of the first round.