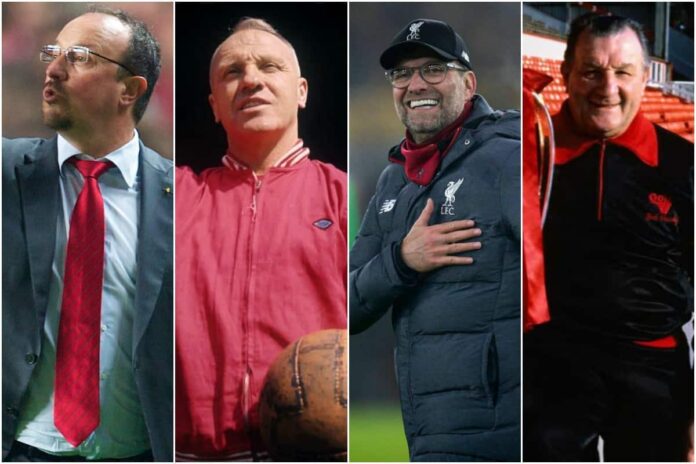 So how many Liverpool managers have there been?

The Reds have had 19 full-time managers and two temporary coaches in the club's 125-year history.

Liverpool’s longest-serving manager is Tom Watson who managed the Anfield club for 19 years.

In the post-war period, Bill Shankly was at the helm for 15 years.

Let me now reel out all the Liverpool FC managers list from 1892.

We start with Liverpool's first manager who happens to be:

See The Last 10 Liverpool Managers Below:

Those are all the list of LFC managers to date.

So can I correctly say Klopp is Liverpool’s best manager ever?

Meanwhile, Klopp managed Borussia Dortmund between 2008–2015 before taking over at Liverpool.