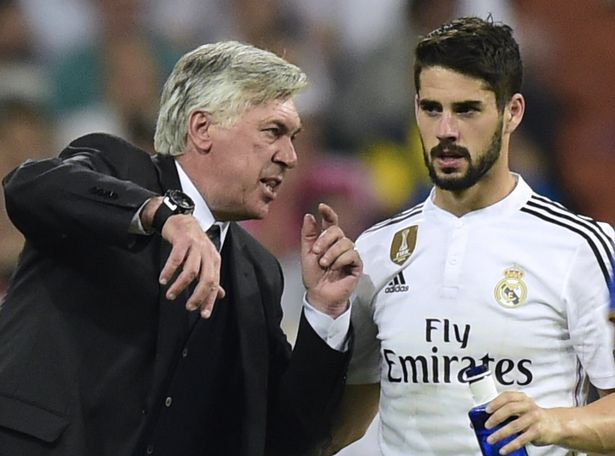 Carlo Ancelotti has opened up on rumours of Everton being in the market for Real Madrid midfielder Isco.

Isco is reportedly looking to leave Real during the winter transfer window as he looks for regular first team football ahead of the European Championship.

The Spaniard has been heavily linked with a move to Everton in recent weeks.

It was suggested that Ancelotti had asked the board at Everton to make a move for Isco.

“It is not true that I am behind Isco”, Ancelotti said when he was quizzed on the rumours of Isco while talking to DIRECTV Sports CO.

“We haven’t started thinking about the team for the January market. So those comments are, as they say here, bullsh*t.”

If Everton would make an offer for Isco it would be the second time they have negotiated with Real this campaign after successfully signing James Rodriguez during the summer.