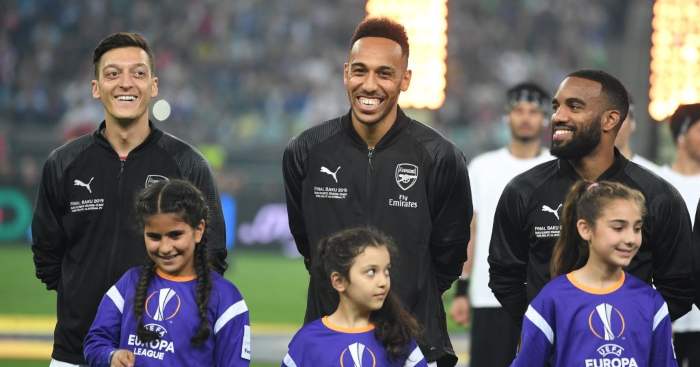 Arsenal are now in a position to make a €50m offer for Barcelona defender Samuel Umtiti in a bid to bolster their porous defence.

The Gunners conceded 51 goals in 38 Premier League games last term as they had the second worst defensive record.

And now Unai Emery is desperate to strengthen that area of his squad, and as reported by Calciomercato, it’s suggested that the Gunners are ready to launch a €50m offer for Umtiti amid question marks over the 25-year-old’s place in the Barcelona starting line-up moving forward.

The Frenchman was limited to just 15 appearances for Barca last season.

In turn, that could give the Gunners an opening to try and prise him away from the Catalan giants this summer to solve a conspicuous flaw in their current squad.

Umtiti boasts experience at the highest level and so the quality that he brings to the table will surely make a huge difference for the Gunners should they reach an agreement.

It’s quite surprising though, as it has been earlier reported that Emery will only have around £40m to spend this summer.

However, whether there has been an adjustment to the budget or maybe it’s with player sales in mind, Arsenal are linked with Umtiti and a likely swoop could be expected.