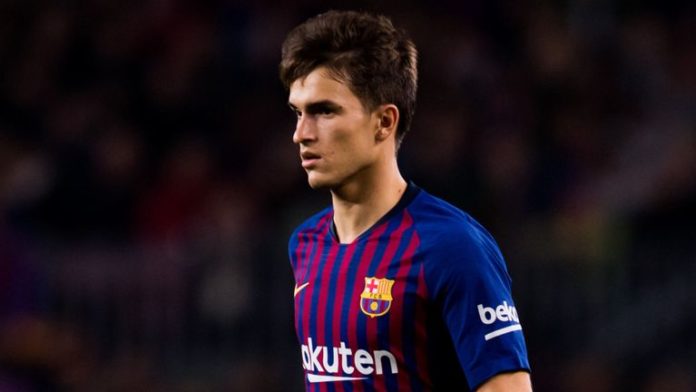 Denis Suarez has joined Arsenal from Barcelona on transfer deadline day – but how will he fit into the Gunners side.

The Gunners have snapped up the Spaniard on loan until the end of the season.

There is an option to buy and, with Aaron Ramsey set to leave in the club when his contract expires, Suarez is likely to seal a permanent move come the summer.

Arsenal are battling for a Champions League spot this season and are still in the Europa League.

But who will make way for Suarez?

So Suarez will have to fight for his place with Aaron Ramsey and Alex Iwobi.

Ramsey himself is set to leave for Juventus at the end of the season and Suarez appears to be a replacement for the Wales international.

But will Emery ditch Ramsey for Suarez straight away? Or will the manager try and incorporate the pair?

Arsenal will face Manchester City away on Sunday, with Emery expected to congest the midfield like he did at Old Trafford.

And that means Suarez may be played out on the left wing.