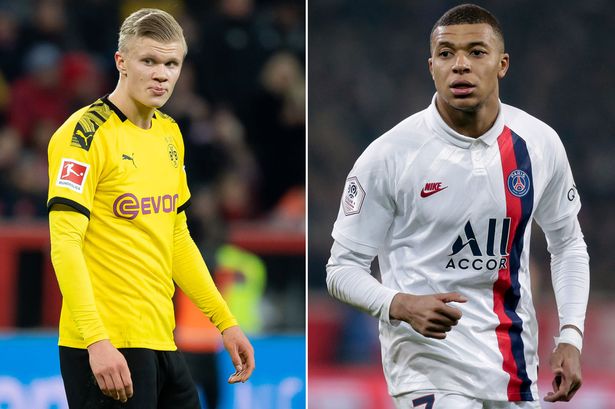 Kylian Mbappe and Erling Haaland could reportedly be set for an awkward reunion at Real Madrid this summer.

The French star and his team-mates mocked the Norwegian's celebration as Paris Saint-Germain booted Dortmund out of the Champions League.

But Marca claim Real Madrid want them to join forces at the Bernabeu next season.

The source also says that both of them are on the club's radar ahead of the summer transfer window.

Madrid chief Florentino Perez is desperate to strengthen Zinedine Zidane's attacking options for the next campaign.

Even though they have not seen eye to eye in recent weeks, the two youngsters fill the bill for Madrid.

Real have allegedly become “obsessed” with the idea of signing the highly-rated 21-year-old.

According to reports, PSG are willing to get rid of Brazilian ace Neymar this summer – but will not do business for Mbappe.

Haaland, 19, has also lived up to his potential since he made the £18million move to Dortmund from Red Bull Salzburg.

Real Madrid are reportedly willing to splash the cash to secure his signature this summer.

He has attracted a wide range of interest after scoring 12 goals in just 11 games for the Bundesliga giants.