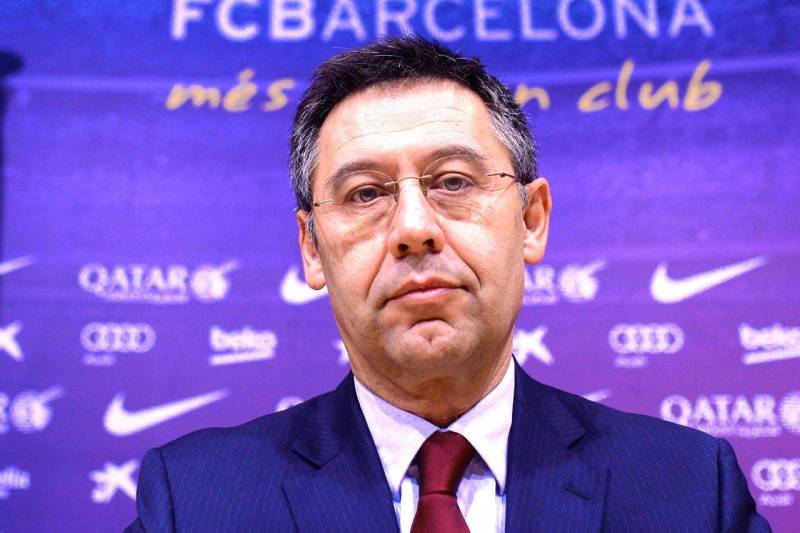 Barcelona President Josep Maria Bartomeu plans to sign four superstars this summer with a hope that the move will help him secure another term as the club’s chief.

The issues going on internally in Barcelona are enormous and Bartomeu is aware that his future in the club looks uncertain, considering the board members have called in for an early election.

However, he is not someone who will give in to the demands of other board members and players so easily.

Thus, according to IBTimes, Bartomeu is planning to make four crucial signings in the upcoming summer transfer window, as reported by El Desmarque.

The president plans to sign the San Siro striker by offering Barca midfielder Arturo Vidal along with $65 million.

Barca boss might pull this off as Inter Milan manager Antonio Conte reportedly has shown interest in signing his former Juventus pupil at Inter Milan in the upcoming transfer window.

With Barca wanting to get rid of Vidal and Croatian Ivan Rakitic, along with the inconsistency of Arthur Melo and Frenkie de Jong, Bartomeu's next target is a sure shot to be a midfielder.

According to the report, the president could chase either Napoli’s Fabian Ruiz, who is also Real Madrid’s supposed target, or Tanguy Ndombele, who does not get along very well with his Spurs boss Jose Mourinho.

Since Barca’s star defender Gerard Pique is turning 34 next season and Frenchman Samuel Umtiti has not lived up to his potential at Nou Camp, Barcelona’s next target would be a defender.

The possible candidates that have been shortlisted by Bartomeu are RB Leipzig’s 21-year-old Dayot Upamecano, Manchester City’s Aymeric Laporte and Seville’s Deigo Carlos, who is also being chased by Premier League leaders Liverpool FC.

The fourth and final signing is no less than a fairy tale for Barcelona at present. Like Messi, even Barcelona president Bartomeu is hoping to witness the return of Neymar to Nou Camp.

However, the club does not have enough funds to match Neymar’s transfer fee at Paris Saint-Germain (PSG).