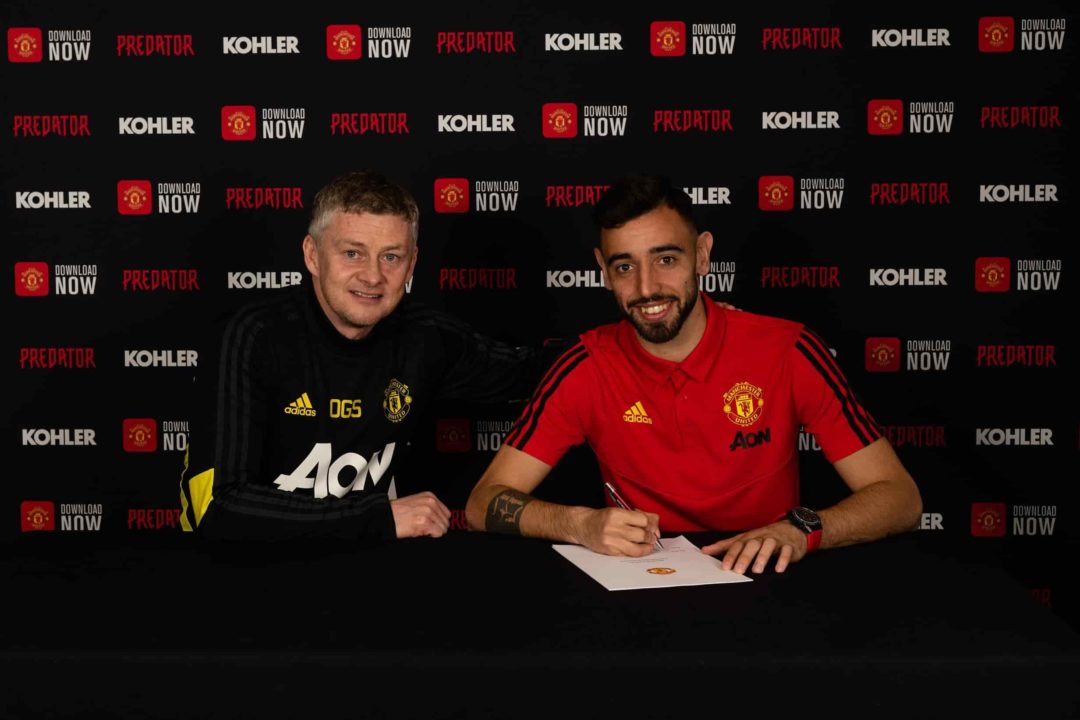 Fernandes' agent, Miguel Ruben Pinho, posted photos on Instagram, showing Fernandes and himself holding the midfielder's United shirt with his name and new number – 18 – printed on the back.

The 25-year-old started his career with the No.32 at Novara Calcio in 2012, inheriting the same number at Udinese before moving to No.8 and No.7 at Stadio Friuli.

A move to Sampdoria brought another new number, donning the No.10 for his sole season there.​

The January exit of Ashley Young to Inter Milan made the No.18 shirt available to Fernandes who has taken it.

The most famous shirt number in United's history, No.7, previously worn by club legends George Best, Eric Cantona, David Beckham and his compatriot Cristiano Ronaldo – is technically free, though the player currently using it, Alexis Sanchez, is set to return from his loan spell at Inter this summer.