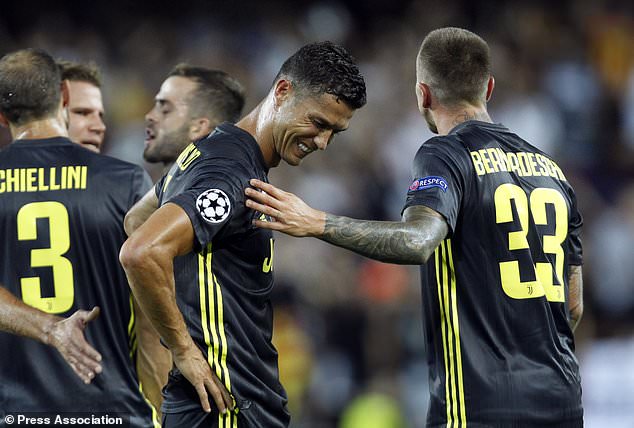 Cristiano Ronaldo’s sister wasn’t impressed at all with the decision that saw her brother sent off as Juventus won at Valencia in the Champions League on Wednesday night.

The incident came in the first half at the Mestalla, as after a squabble with defender Jeison Murillo, Ronaldo received a straight red card from the referee after he had conferred with his assistant.

Ronaldo was upset as he left the pitch after receiving his first red card in the competition which now puts him at risk of a two-match ban which may possibly also see him miss his much-anticipated return to Man Utd.

As seen in her Instagram post below, Katia Aveiro was not happy with the decision at all, venting her frustration after what she perceived was a bad call.

“Embarrassment in football, justice will be done, they want to destroy my brother but God never sleeps. Embarrassed,” her caption read, as seen in her Instagram post below.

In truth, there really wasn’t much in the incident and it has sparked controversy. It remains to be seen how long the 33-year-old will be suspended for with the minimum expectation now, of course, one game.

Whether it should have been a red card or not, it’s neither here nor there now as it certainly wasn’t the start that he wanted on his Champions League debut for the Turin giants after his summer move from Real Madrid.