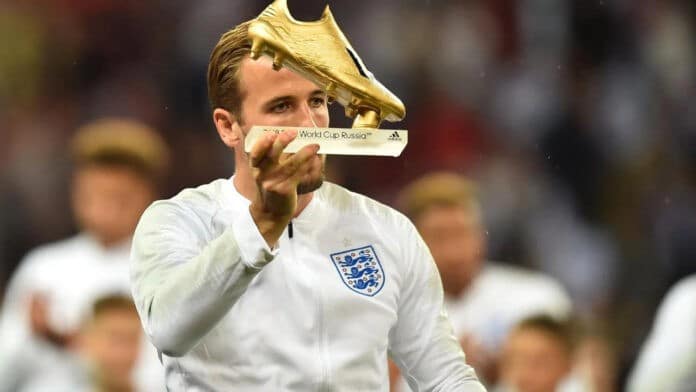 From Guillermo Stabile to Miroslav Klose, to Harry Kane, my FIFA World Cup Golden Boot winners list takes a look at all the finest players to have ever played the game and gone home with the Award.

The Golden Shoe Award … as it used to be called, goes to the highest goalscorer of any FIFA World Cup year.

Before 1982, i.e. the period between 1930 and 1978, an Award was never given. The players then were just referred to and ranked as top goalscorers.

The first time an award was given was in 1982 and it was as at that time known as Golden Shoe.

Not until the 2010 World Cup hosted by an African country (South Africa) for the first time that the Award was rechristened Golden Boot.

Since FIFA on its own also sometimes lists the top goalscorers of those years among the Golden Boot winners, then I can do same in my article. You don’t need to take me to the law courts for it. LOL…

2010 World Cup Golden Boot was the turn of Germany's Thomas Muller with five goals. He wasn't the only scorer with that number of goals. You will see all others later in this article.

So then who won the Golden Boot Award at FIFA World Cup 2014?

A fine young teenage sensation, James Rodriguez made the 2014 World Cup Golden Boot his. As a midfielder, the Colombian scored six loud goals.

Who has won the most World Cup Golden Boots?

Everyone's name on the list appears only once. No one's ever received the award more than once.

To conclude my FIFA World Cup Golden Boot winners list, here is what happens if Golden Boot is tied in the World Cup.

Once another player(s) has the same number of goals, the tie-breaker (since 1994) goes to the player with fewer goals scored from penalties.

If after that there is still more than one player with the same number of goals, the next tie breaker goes to the person with more assists. There’s a BUT here … FIFA’s Technical Study Group will be the decider if an assist is to be counted as such.

But if there is still more than one player, the tie-breaker goes to the player who has played the least amount of time, which translates to a higher goal average. This has been applied since 2006.