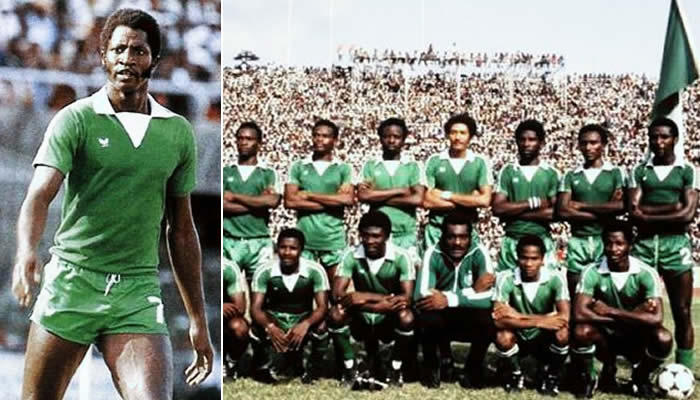 Who is the highest goal scorer in the Nigeria national team? Do you think it's Odion Ighalo?

You must be thinking so because you didn't know there were greater footballers who played the game for the Super Eagles before Ighalo was even born.

You should know football is all about scoring goals. If you don't score, you won't win matches.

Some players are good at creating assist, i.e. goal opportunities, while others are known for scoring.

Now, this is it, Rashidi Yekini, who died in 2012, continues to lead the Super Eagles all-time top goalscorers' chart with 37 goals in his 58 appearances for the Nigerian senior national team.

In the year 1993, the former Vitória de Setúba striker won the African footballer of the year award following scintillating performances for his Portuguese side at the time.

If you've ever been asked the question: who scored Nigeria first goal at the World Cup? Yekini is that man.

He netted Nigeria's first-ever goal at the World Cup, in a 3–0 win against Bulgaria at the 1994 FIFA World Cup in the US.

The ‘Mathematical' Odegbami, as he was fondly called, played 46 games for Nigeria between 1976–1982 and has 23 goals to his credit.

The third Super Eagles all-time top goalscorers is Yakubu Aiyegbeni who has scored 21 times in the national colours of Nigeria in his 57 appearances.

This List of Super Eagles all-time top goalscorers contains football players who have played for the Nigeria national team and is listed according to their number of goals scored.

Players marked in bold indicate that they are still active and eligible (meaning they have not retired) to play for the Super Eagles of Nigeria.