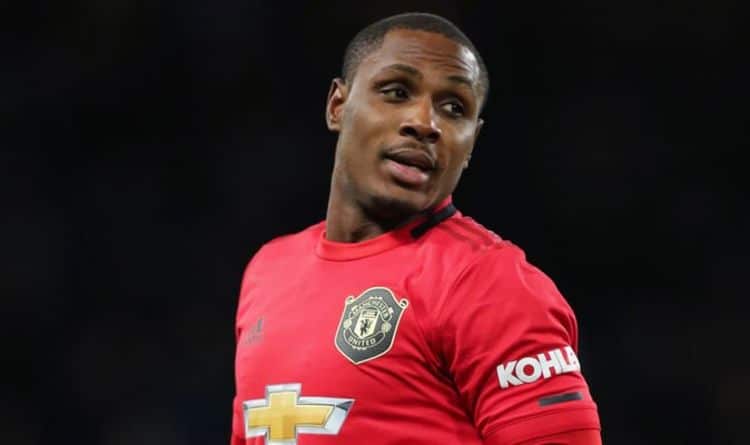 Ex-Super Eagles striker, Odion Ighalo was surprised to receive a call from Manchester United legend Andy Cole during a session with the club's media.

After joining Ole Gunnar Solskjaer's team on a six-month loan from Shanghai Shenhua in January, Ighalo revealed that the former English striker was one of the players he watched when growing up.

Ighalo is gradually finding his feet with the Red Devils and scored a goal in his first start in the UEFA Europa League last Thursday.

The 30-year-old striker was just beaming during the conversation while answering Cole's questions.

Cole, who won five Premier League titles and one UEFA Champions League trophy at Old Trafford, wrapped up the chat with best wishes for Ighalo to enjoy his stay in Manchester.

Since his arrival, the Nigerian has featured in five matches across all competitions, and he will be hoping to find the back of the net when his side visit Wayne Rooney's Derby County for their FA Cup fifth-round match on Thursday.