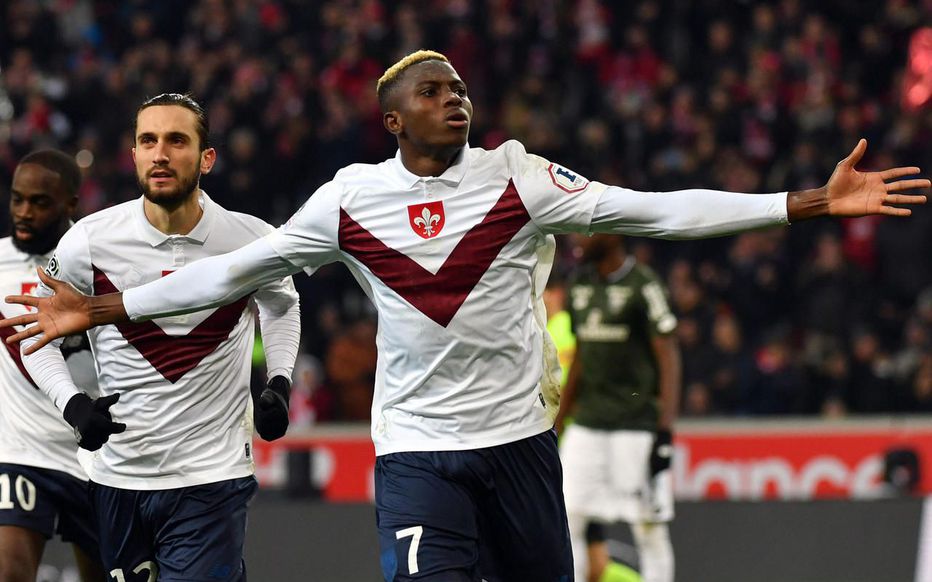 Leicester City can’t hide how much they want to see LOSC Lille striker Victor Osimhen joining up with his fellow Nigeria teammates Wilfred Ndidi and Kelechi Iheanacho, and are already keeping a tab in hope of a summer move, according to reports from the Daily Mail.

The Foxes would see Osimhen as a long term replacement for striker Jamie Vardy who is 33-year-old already.

However, due to Osimhen’s success and ability, Leicester aren’t the only side chasing his signature.

The report also suggests that Chelsea, Manchester United and Everton are keen to land the Nigeria forward, with Frank Lampard’s side having reportedly made contact with Ligue 1 side.

But it isn’t just Premier League sides interested in the Lille forward. The report also suggests that a move to Italy could be on the cards, with Juventus and Inter Milan both showing interest in the Nigerian.

Whichever of the club is able to attain the services of Osimhen will have to part with around £60 million, which is the figure the French club are holding out for.