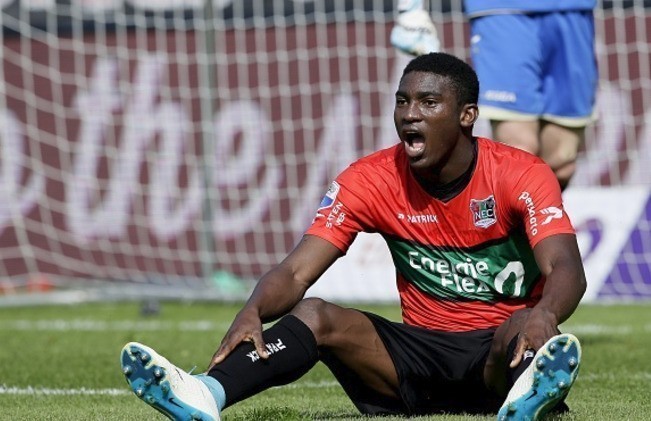 It’s just hours before the close of the January transfer window in England and Germany, yet the future of former Golden Eaglets and Flying Eagles star, Taiwo Awoniyi is still not clear.

Liverpool plan to cut short Awoniyi's loan spell with Mainz in Germany due to a lack of first-team opportunities, before loaning him out to another club where he's assured of game time.

JUST IN: Jurgen Klinsmann To Be Banned Over Licence

German newspaper Bild, claim that both the European champions and Bundesliga outfit agree regarding the premature termination of Awoniyi's loan deal.

However, the stumbling block to the Nigeria U23 international's proposed transfer to a new club is that he is only attracting genuine interest from Belgian First Division A teams despite speculation linking him with clubs in Spain, Turkey and France.

The Reds would prefer to see the Nigerian striker play in a new league so as to enhance his development, rather than going back to Belgium where he had worn the jersey of KAA Gent and had two loan spells with Mouscron.

Awoniyi has made six appearances in the Bundesliga for Mainz, logging 146 minutes.