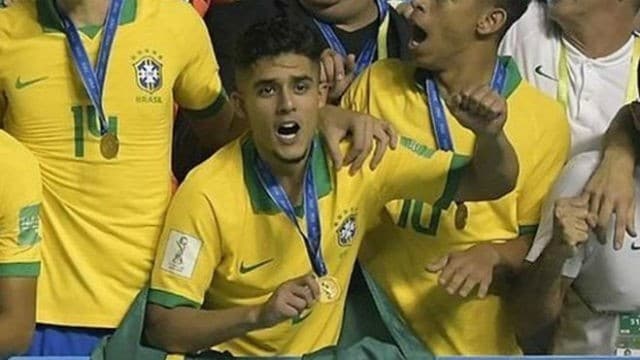 Manchester City have dropped a significant offer for Coritiba full-back Yan Couto which now place the Premier League champions ahead of La Liga giants Barcelona, in the race for the 17-year-old, according to Jorge Nicola.

According to Brazilian outlet Yahoo Esportes, Pep Guardiola’s side have submitted an offer that is about €12 million – a purchase offer of €6 million as well as potential add-ons of €6 million, depending on the player’s development and progress at the Etihad Stadium.

The report goes on to claim that a deal is just awaiting a medical before the transfer can become official.

However, Couto would not make the switch to England until the summer, with the club having to wait until after his 18th birthday in early June.

Barca are claimed to have only offered a figure in the region of €10 million – €2 million below that of City when taking into account performance-related bonuses.

Despite being just 17-years-old, Couto has already been dubbed the ‘next Dani Alves’, following impressive performances for the Brazilian national side at U17 level.

The La Liga giants were believed to have won the race earlier this month, however, reports emerged on Thursday morning suggesting that this is not so.

GoalBall understand that Couto has already travelled to England and is expected to sign his City contract on Monday.