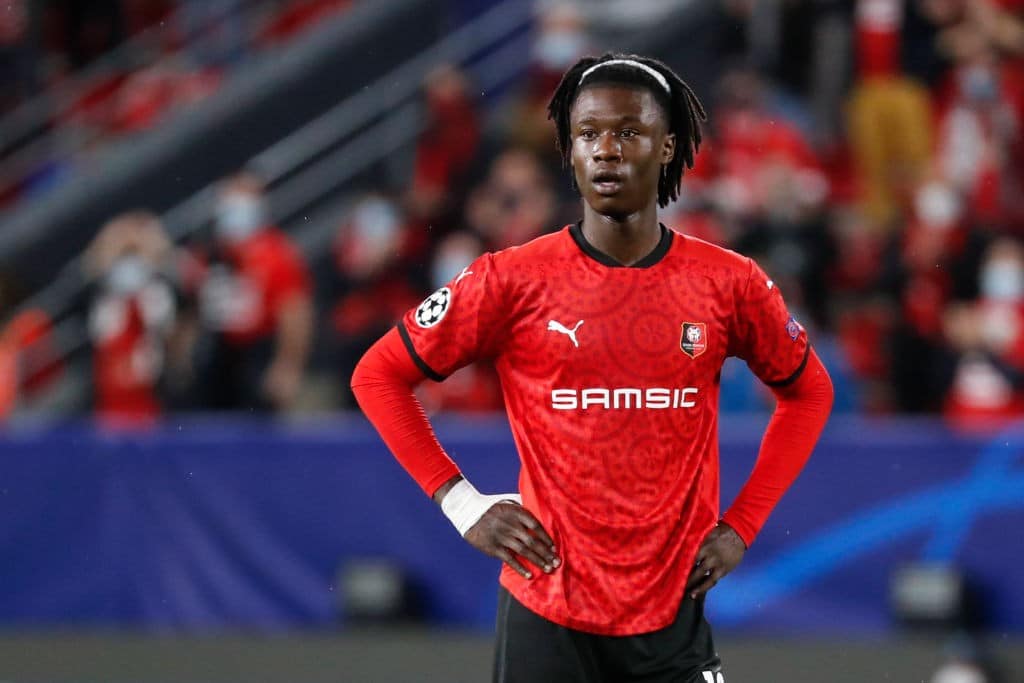 Manchester United and Real Madrid target Eduardo Camavinga has reportedly parted ways with his agent Moussa Sissoko as speculation over a transfer grows.

That has opened up a scramble for the Frenchman’s signature among some of the top football agents, according to AS.

Jorge Mendes and Jonathan Barnett are thought to be hoping to land the Rennes midfielder.

Pini Zahavi could also try and add the 18-year-old to his client list.

And whichever agent wins the chase is set to be in store for a bumper pay day when the youngster gets his move to one of the European giants.

United, Real Madrid and PSG are the three clubs closely linked with Camavinga after missing out on him in the summer.

Rennes are thought to want at least £62million for their academy graduate who is under contract until 2022.

Speaking in a press conference last week, Camavinga said: “The great clubs make me dream, but I cannot name one in particular for my future.

“Do I want to stay in Rennes? We'll see. We haven't set a date to discuss my future, I'm in no rush about it.”

Meanwhile, his dad Celestino will handle any dealings before a new agent is sorted.