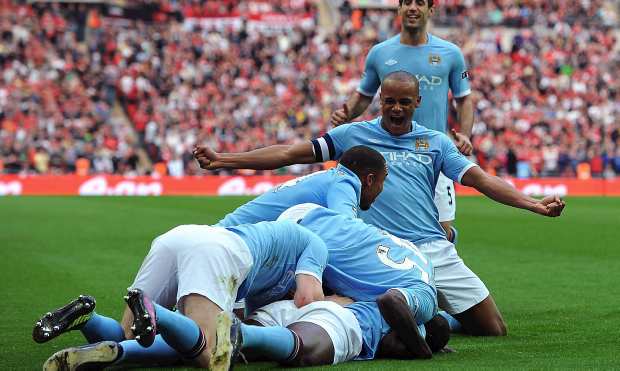 The Manchester City FA Cup semi-final date and kick-off time against Brighton has been set for Saturday, April 6 at 5.30pm.

City beat Swansea 2-3 in the quarter-final to book their place in the Wembley semi-final while Brighton pulled off a dramatic comeback against Millwall to win on penalties.

After their win, Brighton boss Chris Hughton joked he would rather his side had not drawn Pep Guardiola's side in the semi, with Wolves playing Watford in the other half of the draw.

“Obviously it's not the draw we wanted,” he said.

Each club will be allocated roughly 33,000 tickets with City's tickets on the east side of the stadium.

City have beaten Rotherham, Burnley, Newport County and Swansea City in the competition so far this season.