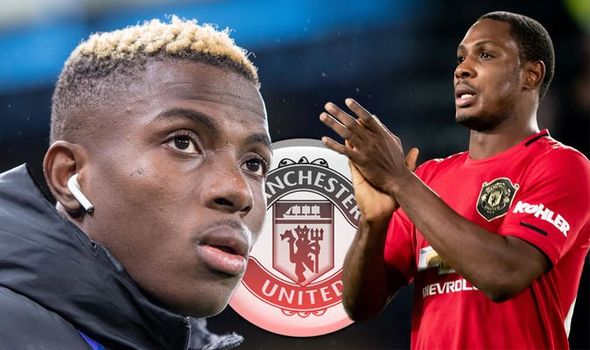 Manchester United have been linked with Lille forward Victor Osimhen and Odion Ighalo as reacted saying his compatriot is ‘the future of Nigerian football’.

And while there is “no offer on the table yet” from United to extend Ighalo's stay at Old Trafford, the club have been linked with another striker.

And even though Osimhen could end up replacing Ighalo at Old Trafford, the former Super Eagles striker was still full of praise for his fellow Nigerian international.

“I always advise him to keep calm, keep working hard and the guy is going to be a celebrity, you know.

“He came to watch our game against Club Brugge in Belgium because it’s closer to where he lives, he messaged me he was going to come so I gave him my jersey, and in fact, he brought his own jersey for me, too.

“Osimhen is a nice boy, we’re from the same place. I love him, he’s down to earth, he’s hard-working, he has a future and he has the mentality of a winner, that’s what I love about him. He has that lion’s heart.

“I love him, I just want him to keep working hard the way he’s doing, he’s going to break so many records in Europe and Nigeria.”

Meanwhile, Ighalo has insisted that is future at the Red Devils will have to be waited out till he finishes the season and then he can explore his options.