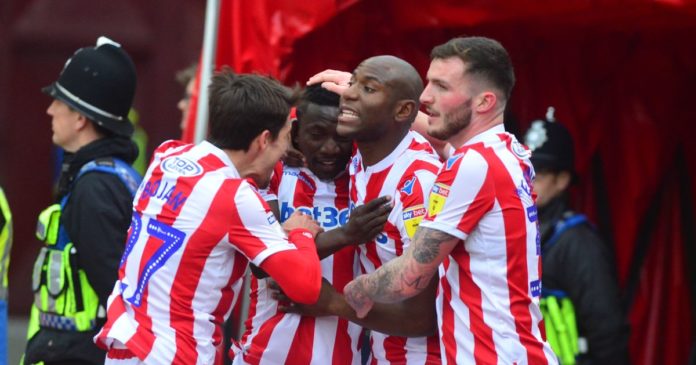 Oghenekaro Etebo is excited to score his maiden goal for Stoke City in Saturday's Championship clash against Nothingham Forest as they recorded a 2-0 win against the visitors with Etebo and Benik Afobe finding the back of the net.

The Super Eagles midfielder set his side up for victory in the 15th minute after wrapping up a counter-attacking move with an empathic strike for what can be termed ‘Etebo First Stoke City' goal in England.

“Great performance Feels great to get my 1st goal for potters heads up and up to the next,” Etebo tweeted.

Etebo who linked up with Stoke City from Portuguese club CD Feirense last summer has now made 25 appearances for the club in the Championship.

They came closer to halting their unimpressive run in their last two games but were forced to settle for stalemates against Ipswich Town and Aston Villa respectively.

The Potters are 16th in the log after picking 44 points from 35 matches.