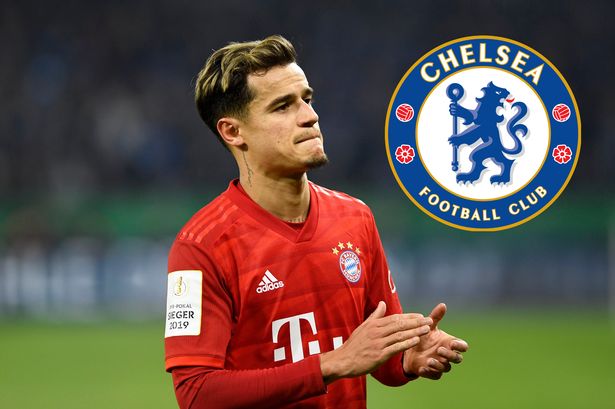 Philippe Coutinho has been tipped to return to the Premier League this summer and Chelsea have been tipped to make a move for the former Liverpool man.

Coutinho has spent this season on loan with Bayern Munich, and the German giants do have the option of making the loan a permanent move this summer, but it looks increasingly unlikely that will happen, leaving the Brazilian’s future up in the air.

Barcelona are reportedly keen to let the Brtazilian midfielder go, with Frank Lampard’s side tipped to make a move, perhaps with a loan deal with an option to buy at the end of it.

Chelsea's interest appeared to stem from reports that Jadon Sancho was preferring a move to Manchester United, rather than Stamford Bridge.

However, United chief executive Ed Woodward has claimed the Red Devils will not have as much money to spend this summer because of the coronavirus pandemic.

That could end the Blues’ interest in the Brazilian playmaker, as could the comments from Barcelona boss Quique Setien.

While the Barca hierarchy may be keen to get Coutinho off the wage bill, Setien appears keen to get him back to Catalunya to see what he can offer.

Speaking to RAC1, Setien said: “He's a great player and I really like him.”