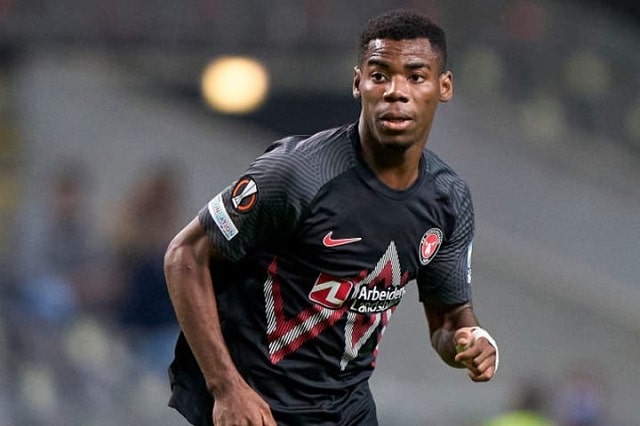 The club, who are the reigning champions of the Belgian First Division, announced the arrival of the Nigerian on their official website on Sunday. The club beat other suitors, including Serie A champions, AC Milan, to the signing of the youngster.

Onyedika has a splendid season with Midtjylland last season and was named the Danish league’s Young Player of The Year. He became a subject of transfer for a lot of top European clubs, and the Italian champions were initially leading the race before the Belgians secured his services.

“Club Brugge and FC Midtjylland reached an agreement today about the definitive transfer of Raphael Onyedika,” the club wrote.

“Onyedika (21) is a defensive midfielder who can also play centrally in the defence. He was trained at the Nigerian FC Ebedei and came to Europe in 2019. After a loan to FC Fredericia, he broke through last season with the main squad of Midtjylland. Onyedika impressed in the Danish top league and in the Europa League and won the cup. His good performances were rewarded with an election as the best young player in Denmark.

Onyedika’s development at Midtllyand became evident last season as he was key to the team’s success, a display which saw Milan initiate talks with the Danish club over his signature.

However, after having their second bid of €6.5m for the 21-year-old rejected, Milan dumped their interest in the player and shifted focus to Bordeaux’s Jean Onana and Wolfsburg man Aster Vranckx.

After a week of speculation surrounding the future of the FC Ebedei product, Brugge on Sunday announced the arrival of the Nigerian.

The announcement came hours after manager Carl Hoefkens, in his cryptic message, confirmed that the midfielder was on his way to joining the club.

“I hope to see him (Onyedika) very soon with us,” Hoefkens said, as per Walfoot.

“I just want to work with the best players possible. I know he’s quality, so I’m looking forward to it.”

Onyedika has been given the number 15 shirt at his new club.