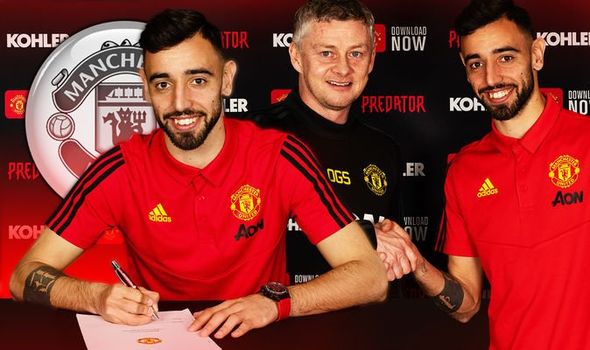 Manchester United made a TERRIBLE mistake not signing star midfielder Bruno Fernandes at the start of the season.

That's the opinion of Robbie Savage, who reckons had the Red Devils splashed the cash on him in the summer they'd be a “cemented” top-four side.

Ole Gunnar Solskjaer’ side were in hot pursuit of the Portugal international throughout the summer but opted to sign Harry Maguire instead.

United rekindled their interest in Fernandes in January and finally got the transfer over the line.

Fernandes has been something of a revelation at United.

He's hit the ground running, and has been instrumental in every possible way at the club over the past few weeks, scoring three goals in his opening seven games.

Heaping praise on Fernandes, Savage opened up on the impact he's made on BT Sport.

He said: “Bruno Fernandes has been able to unlock the door when teams are sat in at Old Trafford.

“That's the difference for me. If they had had Bruno Fernandes at the start of the season they would have been cemented in the top four. He has been the difference.

“A Paul Scholes and a Michael Carrick are hard to find. Bruno Fernandes is the player who has come in and done exceptionally well.”