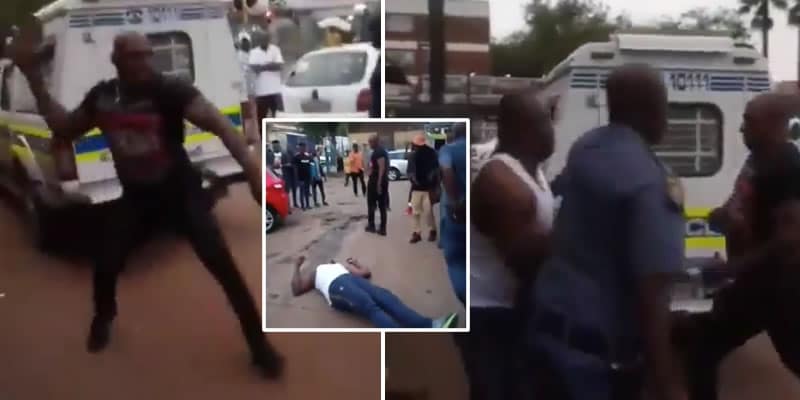 There is tension in Sagamu, Ogun State at the moment after angry young men and women took to the streets on Monday to register their displeasure over the killing of Tiyamiyu Kazeem by operatives of Special Anti-Robbery Squad.

The soccer player with Remo Stars Football Club popularly known as Kaka was said to have been pushed from a SARS van on motion and onto an oncoming speeding car that eventually killed him.

This was shortly after SARS operatives allegedly seized him from his car and labelled him an Internet fraudster (Yahoo boy).

Media Officer of the football club, Dimeji Oshode, in a statement confirmed that the incident occurred on Saturday.

However, angered by the situation, youths in Sagamu have now taken to the streets to register their frustration, according to Sahara Reporters.

In videos making the rounds on the Internet, young men and women could be seen chanting various songs and calling for the abolition of SARS.

One person is currently feared dead as a result of the protest and there are concerns more damage could be witnessed if the situation persists.