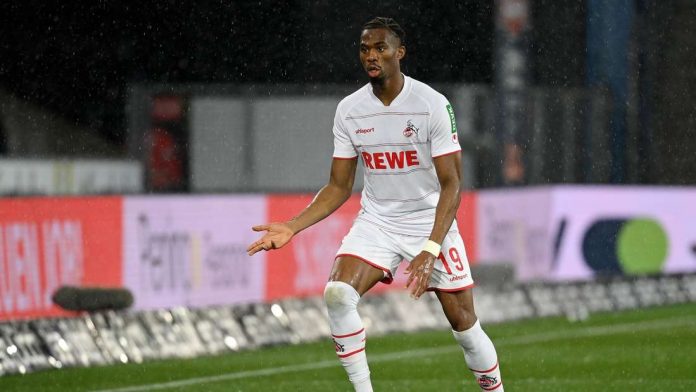 Italian Serie A side Salernitana are preparing to move for Super Eagles defender Kingsley Ehizibue in the winter transfer window.

Ehizibue left German Bundesliga club FC Koln for Udinese in the last summer and since then, he has made twelve appearances for the club in all competitions.

However, his time at Udinese may end very soon, as Salerno today reports that the 27-year-old right-back is on Salernitana’s wishlist.

The Garnets are placed 12th on the Serie A table, which shows an improvement on their position at this stage of last season. In order to continue the decent form, they are looking to add quality to the side, and they have already signed experienced Mexican goalkeeper Guillermo Ochoa.

The former PEC Zwolle man was born to Nigerian parents in Germany, but he moved to the Netherlands when he was just two. Although Ehizibue featured for the Dutch youth sides, he has switched allegiance to Nigeria.

Following an impressive start to the season, Moffi is a transfer target for a host of Premier League sides including Brighton, Crystal Palace, and Aston Villa.

According to Jeunes Footeux (via Sports News Africa), interest in Moffi continues to rise as French side Lyon have joined the clubs queuing up for the Nigerian striker.

The 23-year-old has proven to be a consistent goalscoring asset for Lorient, as he has scored ten goals in 14 Ligue 1 games this season.