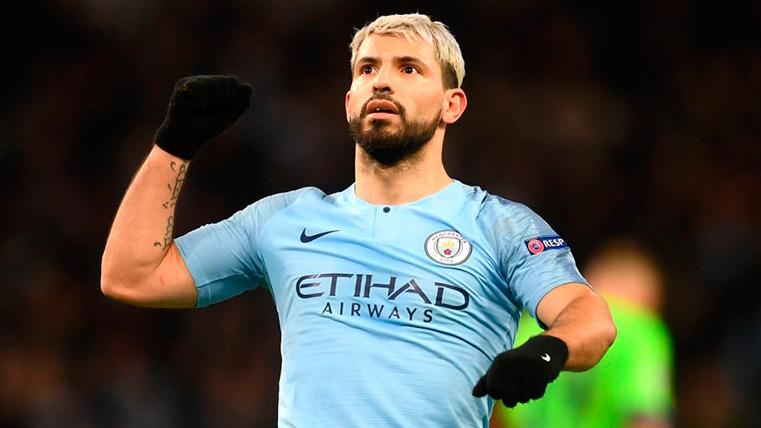 Sergio Aguero seem very likely not to want to continue with Manchester City this summer and admitted he would be tempted by a move to Spain.

The former Atletico Madrid forward has just 12 months left on his deal, and it appears he is not keen to sign another contract.

In an interview with Spanish outlet El Chiringuito, City's all-time top goalscorer maintained he is not ruling out a return to Spain but insists he has no problem been in Manchester and still has ambitions to win the Champions League with Pep Guardiola's side.

‘’It's difficult; I'm not thinking about what am I going to do. I know that every day my contract is closer to expiring. Probably there will be some offers but we'll see,’' the Argentine said.

‘’For now I just want to try to win the Champions League with City. That would be an incredible achievement for me and the club.

‘’But I haven't really thought about what I will do after 2021. Also the current landscape makes things more difficult. If next season starts later, it will probably end later – maybe in August, something like that.

‘’And a lot of players have their contracts expiring in June – we'll have to see how everything is sorted out. If contracts are prolonged I don't know, we'll see how it goes.

‘'I don't rule out going back to Spain, or going to any country. I don't know what I will do. Today I feel good and comfortable in Manchester. I want to do everything in the club in the best terms, then we'll see.'’

October 9, 2022
May 2, 2020
Home Transfer News Sergio Aguero Speaks Of His Exit From Manchester City This Summer