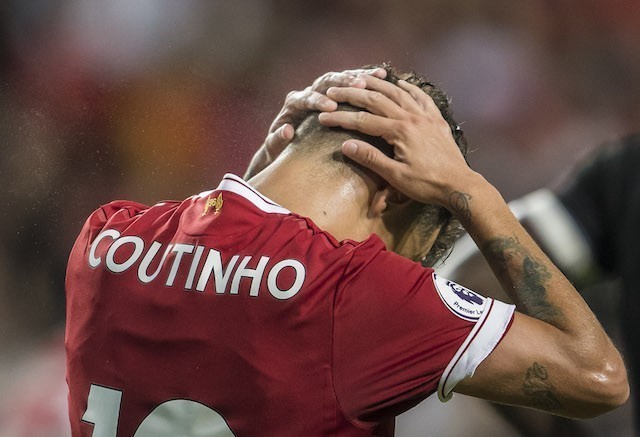 Leicester City have been linked with a move for former Liverpool star, Philippe Coutinho who played under Foxes boss Brendan Rodgers during his time at Anfield

But there is another Foxes-related twist in the chase to land the Barcelona playmaker.

The Brazil international joined Barcelona from Liverpool in a massive £145million deal in January 2018.

But the Spanish giants are apparently ready to offload the 27-year-old following a loan spell with Bayern Munich.

Manchester United have also been credited with an interest in Coutinho, along with Chelsea.

And according to Spanish media outlet Mundo Deportivo, Barcelona would consider a swap deal which would see Coutinho move to Stamford Bridge and Chelsea's former Leicester ace N'Golo Kante go in the opposite direction as part of the deal.

Kante famously helped the Foxes win the Premier League title against all the odds in 2016.

The French midfielder left City that summer to join Chelsea, where he has been since.

It is reported that Real Madrid would rival Barcelona for the 29-year-old's services if he is made available.