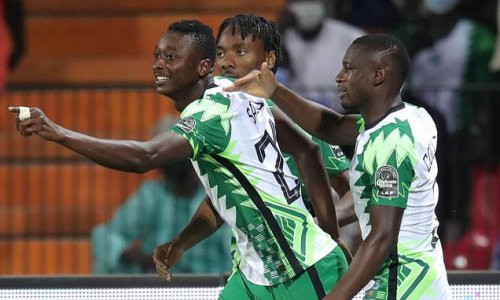 UD Almeria striker Sadiq Umar has reiterated his commitment to the club ahead of the new LaLiga season.

Umar finished the season as the top goalscorer of the club, leading them to the Segunda Division title and promotion to LaLiga. His total of 18 goals and 12 assists is the highest goal contribution in the league.

It also made him the most valuable player from that league with his value being put at €18 million but with a €60 million release clause. At such a cheap price, it is a no-brainer that clubs would go after him ahead of the new season. The former AS Roma man has been linked to Barcelona, Newcastle United, Sevilla and Valencia by the media.

There are no concrete links to any of these clubs, however, only speculations. But in an interview with a Spanish tabloid, the 25-year-old striker stated that he has received offers to leave the club but that he is only thinking about playing for Almeria in LaLiga next season.

“Playing in the First Division is a dream, and I want to do it with Almería,” Umar, who is currently on international duty with the Suoer Eagles of Nigeria, said. “It is a place where I have found the affection and trust of the coach. I have very tempting offers, but I will stay 100% in Almería.”

He added: “Right now, I am focused on the games with Nigeria. Then we’ll talk about how the season will be with Almería. My mind is on winning on Monday [against Sao Tome], and I hope to God we get it.”

Elsewhere, FC Porto Fullback Zaidu Sanusi is on the radar of newly-promoted Premier League side Fulham FC who are reportedly preparing a bid of €12million to Porto.

The former Santa Clara man was immense for Porto last season, notching up three goals in 40 appearances total appearances in all competitions including the goal that sealed the winning goal in O Clasico between Porto and Benfica to seal the 2021/22 Primera Liga for the Dragons, their 30th league title.

Despite his importance to the side, the fans have not warmed up to him in the two years he has been at the club. He almost left the club last season for Turkey both the move failed to materialise. Fulham are now offering him a way out of the hostile environment with their bid to bring him to the Premier League.

Porto are reported to want €20 million for him, however, and it is unknown what the 24-year-old wants as he has three more years to run on his contract at Estádio do Dragão and will feature in the UEFA Champions League next season if he remains.