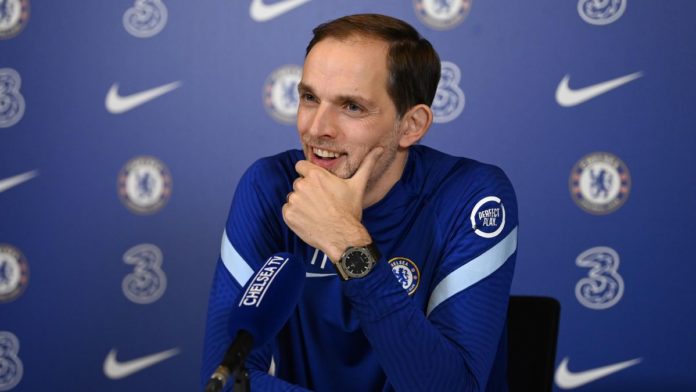 Thomas Tuchel has been awesome in his position as the Chelsea boss after the replacement of legendary player Frank Lampard at the West London club.

He’s thrived in various ways while winning the UEFA Champions League will be his highest point as the manager of the Chelsea Football club.

With challenges lying ahead of the Blues in the wake of the ongoing season, we take a recap to the things that have made the German tactician flourish at Stamford Bridge.

On this note, Goalballlive.com reveal the three (3) things that have seen him take Chelsea to a new level as we’ve seen in the ongoing campaign.

The German manager has helped the Blues shore up their defence to a great effect thanks to the adjustments N'Golo Kante has made to Tuchel's (strategic) defensive correlation.

Chelsea has been excellent on the defensive front as they’ve kept a couple of clean sheets since Thomas Tuchel took over at the club.

It just boils on the level of defensive discipline he’s created among the Chelsea squad.

While he’s maximized the defensive strength and minimized the weakness of the likes of Thiago Silva, Antonio Ruediger, and newbie Trevoh Chalobah in Chelsea's last line of defence.

He is a manager that has got the winning mentality to make things happen at the club just like we are seeing on the pitch already.

Such drive has given Chelsea the leverage to come up against the big boys with triumphs over Real Madrid and Manchester City in the critical stages of the UEFA Champions League last season.

He’s instilled the (ultimate) belief in the entire Chelsea squad about their potential to win despite all odds.

And it is really paying off for the Blues as stars like Hakim Ziyech, Kai Havertz are beginning to come alive with impressive performances for Chelsea in their respective games for the club.

The football dynamics Thomas Tuchel has put in place have been top-notch as he’s masterminded a lot of tactical proficiency in the coaching dugout for Chelsea.

He’s overseen a level of uniformity among the Chelsea players on the pitch. While the particular eleven in the Chelsea starting team are given a clear mode of operation based on how to get the better of their opponent in match situations.

Tuchel has excelled on the tactical point of view as he’s been able to understudy (map out) the complete strategy to get the job done on the playing turf.

While maximizing the players' quality has been his major doings on the technical bench.

That's how good the former Borussia Dortmund boss has been as he’s beginning to reap the rewards of the good seed he’s sown in his current Chelsea side.