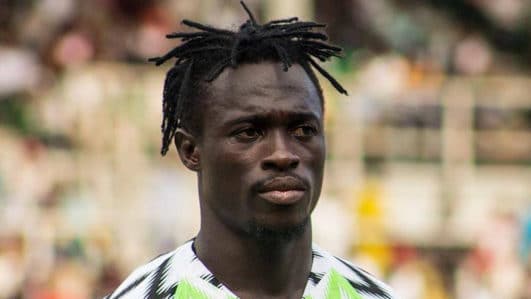 The latest movement by some Nigerians include Junior Lokosa’s move to Saudi Arabia from  Nigeria Professional Football League side Kwara United, while Ademola Lookman completed his move to Italian side Atalanta from RB Liepzig.

Journeyman Lokosa at it again

The Nigerian striker continues his journey, as he joins his fifth club in five years. The former First Bank striker had a breakthrough 2018, after his heroics for Kano Pillars when he scored 19 league goals.

The 28-year-old narrowly missed out on a spot in Nigeria’s 2018 World Cup after then Super Eagles boss Gernot Rohr dropped him on the eve of the tournament. Since then, Lokosa has played for three different teams. He was at Tunisian giants Esperance in 2019, but he left the club just a year later for Simba SC in 2021 and just three months later his contract was terminated.

Lokosa then made a return to the NPFL with Kwara United, scoring eight goals to help them to a fourth-place finish.

Serie A club Atalanta have completed the signing of Super Eagles winger, Ademola Lookman on Thursday.

Lookman, who has had a nomadic career, has been at four English clubs and a German club in the last seven years.

The former Charlton winger spent last season on loan at Leicester where he scored nine goals and made five assists in 42 appearances.

Although duration of Lookman’s deal and duration of his contract wasn’t announced by the Nerazurris, Lookman will be keen on making an impact in Italy.

This article was most recently revised and updated 1 day ago