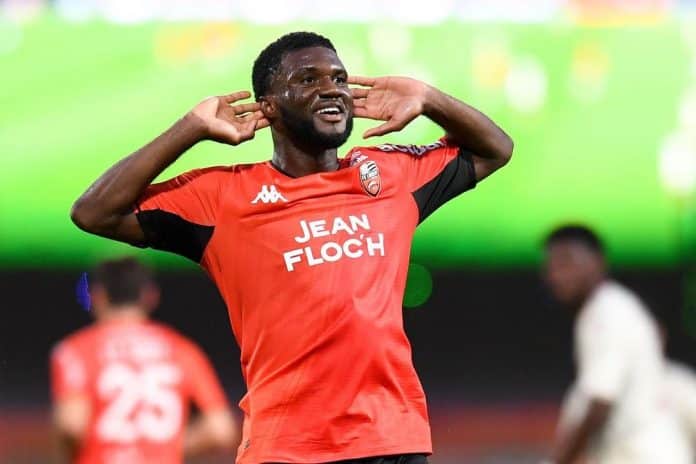 West Ham have shown serious interest in signing Lorient striker Terem Moffi and they have initiated negotiations, according to journalist Ryan Taylor.

The Daily Express journalist said on his Youtube channel (11 January; 21.11) that the French club are also willing to do business this month.

However, there is a big gap between Lorient’s asking price and what the Premier League club are ready to offer at the moment.

“In terms of West Ham’s interest in Moffi, I believe they’ve held negotiations to sign the player,” said Taylor.

“But at the same time there is a differentiation of price Lorient are looking for and West Ham are prepared to pay.

“Lorient are really willing to do business. They are looking at £20-25m for the striker. Premier League clubs are willing to pay around £15m.”

Scamacca needs more time to adjust to the pace of the league but he is getting better. Michail Antonio hasn’t been at his best this season, but the club have managed him very well, considering his age.

Antonio has been linked this week with a move to Wolves. Moyes would be reluctant to sell him but it entirely depends on how much Wolves are ready to pay for the striker.

Moffi has scored 10 goals in 16 games for the French club in Ligue 1 this season.

The Nigerian striker has scored belters in the French league and produced a magnificent performance in the 2-1 win over Paris Saint-Germain on 6 November.