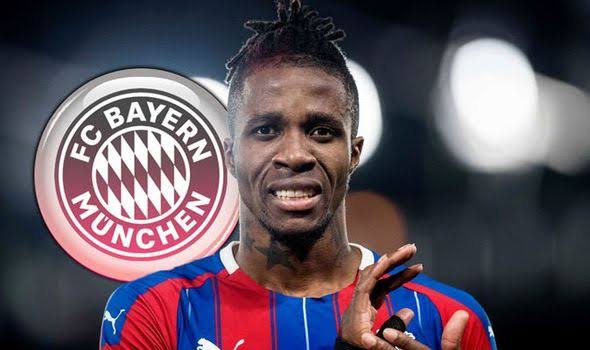 The 27-year-old recently ditched his former representative Will Salthouse in favour of super-agent Zahavi as he looks to force through his Selhurst Park exit.

According to Sky Sports, Zahavi has already been in discussions with Bayern, less than 72 hours after agreeing to represent the Ivorian.

They add that any potential deal involving Zaha moving to Bayern is not likely going to take place this month, but a summer switch could be possible.

The German champions will have to break the bank to land Zaha's signature though, with Palace valuing their star player at £80 million.

The Crystal Palace winger is eager to test himself among Europe's elite but is aware that only a handful of clubs in the Premier League have the finances available to acquire his services.

A move to Bayern would make sense, but their priority is making Philippe Coutinho's loan deal permanent at the end of the season.

The current agreement with the Brazilian's parent club Barca includes an option to buy Coutinho for £109 million.

That could make it difficult for the German champions to also complete a deal for Zaha.