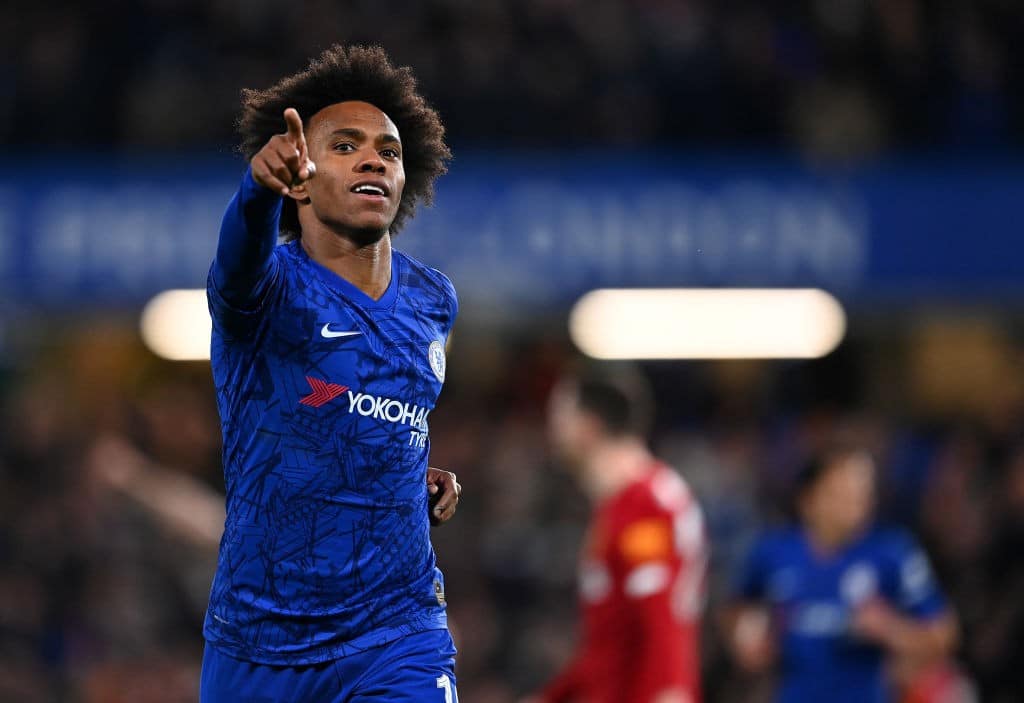 Willian's wife Vanessa Martins has revealed that her husband may end his seven-year stint at Chelsea.

The 31-year-old’s contract runs out this summer and he is yet to agree a new deal to keep him at Stamford Bridge.

Arsenal and Tottenham Hotspur are both monitoring the situation and are primed to move for the Brazilian winger should he become available on a free transfer.

And Martins has suggested that her partner may be swapping blue for red or white at the end of the season, adding that her family is keen to stay in London.

Before the home game with Everton, which Willian scored in, here’s what she said on Instagram: “Going to the game, not been easy, days are numbered…but God is marvellous, good things on the way.”

Martins then asked her daughter if she likes living in London and she replied: “Love London? Yes.”

Willian is reportedly unable to obtain the three-year extension he is after at Stamford Bridge, with Chelsea more keen on a two-year deal.

However, Willian is continuing to play an important role for Frank Lampard's side this season, making 37 outings and contributing seven goals and six assists.